Did you know the Music Room in Biltmore House stored priceless works from the National Gallery of Art during World War II? It was during the winter of 1942 when an unusual array of guests arrived at Biltmore House. Accompanied by guards on their journey from Washington, D.C., 62 paintings and 17 sculptures from the National Gallery of Art were carried into the house and placed in the Music Room.

It was a critical time in the nation’s capitol, and in 1941 during World War II, American leaders based there began to fear the possibility of an attack.  An air raid on a major U.S. city seemed likely. German submarines had been sited along the Atlantic Coast from Maine to North Carolina, bringing the war uncomfortably close to the American shore. 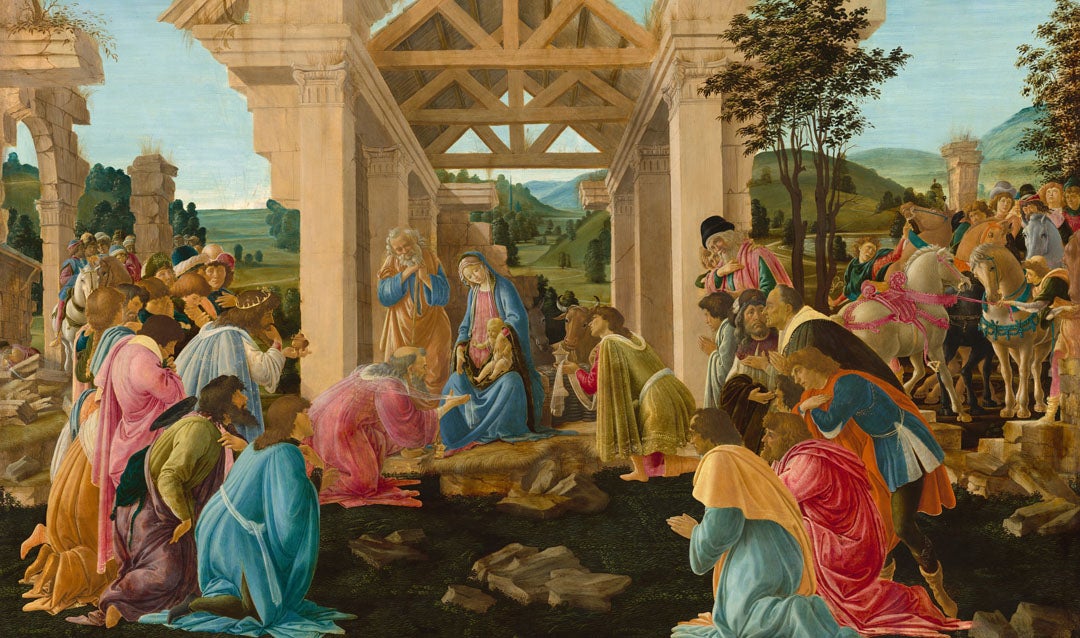 Perhaps one of the best known works that Biltmore House stored for the National Gallery of Art was Sandro Botticelli’s The Adoration of the Magi (c. 1478/1482).

With that thought in mind, and with information from European sources about Hitler’s relentless efforts to seize and stockpile art—much of which was damaged or destroyed in the process—David Finley, the new director of the National Gallery of Art, contacted Biltmore to discuss the possibility of sending some of the nation’s most important art treasures there for safekeeping.

Finley had visited Biltmore previously as a guest, and felt that Biltmore House was the perfect choice with its fireproof features and remote location. Edith Vanderbilt graciously agreed. 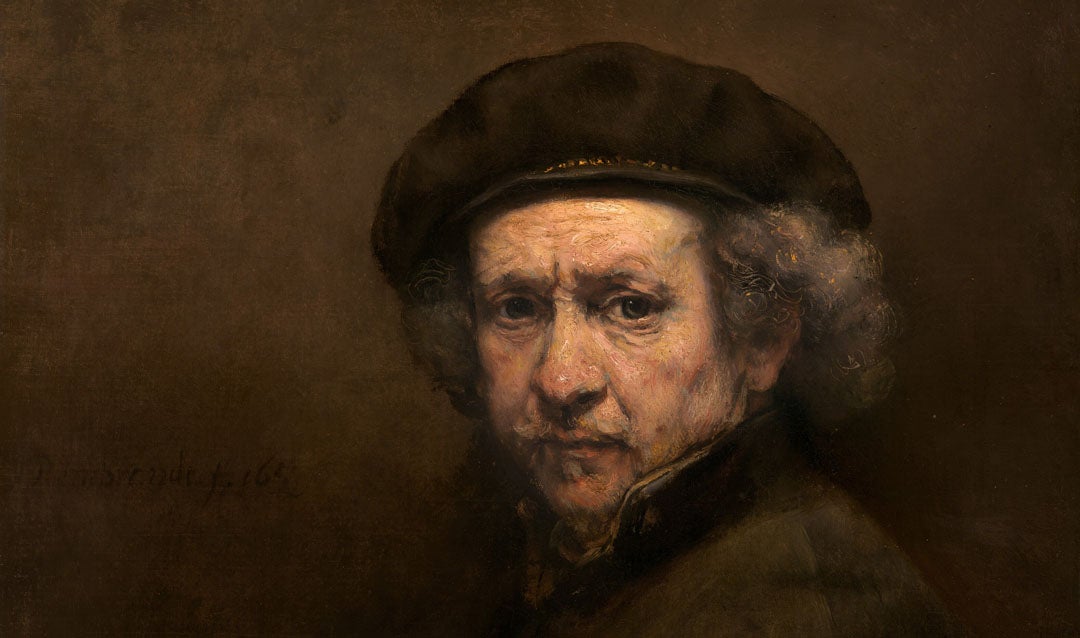 Rembrandt van Rijn’s Self-Portrait (1659) was among the dozens of works stored at Biltmore House during World War II. Rembrandt was coincidentally one of George Vanderbilt’s favorite artists.

The unfinished Music Room on the first floor of Biltmore House was refitted with steel doors and other protective measures were taken, as outlined by the National Gallery of Art. On January 8, 1942, the paintings and sculptures arrived in Asheville.

Biltmore had opened to the public in 1930 as a means of promoting tourism in Asheville. Guests walked by the Music Room, unaware that some of the world’s greatest artwork was secretly hidden on the other side of the wall. The priceless artwork remained under 24-hour armed guard at Biltmore until the fall of 1944, well after the danger of bombings or invasion had ended.

Such an amazing story of these fine art treasures. Thankfully they put in place a plan ahead of time, so we can still appreciate these amazing works!!!

Awesome history! I have always wondered where the guards stayed when off duty. Also, did they take their meals at Biltmore too?

Hello SueAnn, that’s a great question. Our museum services team looked into the archives but was not able to confirm where the guards stayed when they were not working. Nor were they able to confirm where they had their meals. A memo from the commanding officer to the guards reveals that the guards were given a locker room and use of a mess hall inside Biltmore House, however, the memo does not discuss the location of where these rooms were inside the house.

It would be interesting to have an account of this time from the guards who worked there. Thank you for your kind response.

Thank you for your comment. We are not aware of any accounts from the National Gallery of Art guards who worked at Biltmore during the period of the storage of artwork. There is an account from the Director of the museum at the time, David Finlay, in his published autobiography “Standard of Excellence.”

This is one of my favorite stories I vividly remember hearing about on a house tour in the 4th grade. I may be blurring the memories in my mind, but I seem to recall that the National Gallery gifted the estate a few pieces of art as a thank-you gift. Is this accurate?

Dear Noah,
We asked Museum Services about your question, and here is their response:

“The National Gallery stored important paintings in the Biltmore House Music Room at the start of World War II for their protection. The paintings arrived in 1941, accompanied by additional security guards and a full-time curator. Edith Vanderbilt was friend with the director of the National Gallery at the time, which was how the arrangement was planned and executed. While the National Gallery expressed their profound gratitude for Biltmore’s role in preserving our nation’s art legacy, all the pieces were returned safely to Washington.”