At each year’s end, we reflect on the events of the past year before looking forward to the promises of a New Year. If we were to look further back, into the last century, we would discover that the Vanderbilts and their friends celebrated the holiday in many of the same ways as we do today. 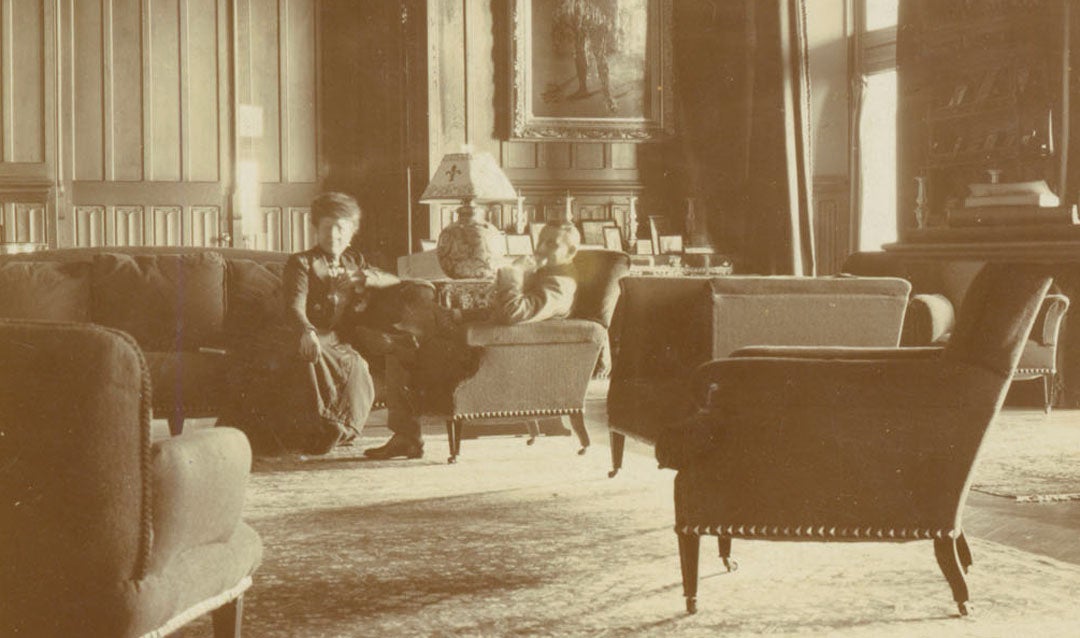 The only photo in the Biltmore collection from the Vanderbilts’ 1901 celebration. The woman is believed to be Elizabeth “Bessie” Beers-Curtis de Talleyrand-Périgord, Marquise de Talleyrand, who was an American heiress that married into the French aristocracy. The man is unidentified.

In 1901, George and Edith Vanderbilt invited a large party of friends and acquaintances to Biltmore to ring in the New Year. The house party—twenty guests in all—included diplomats, lawyers, authors, and military officers. The guest list included:

One of the most notable guests was Joseph Hodges Choate, a prominent New York lawyer and the U.S. Ambassador to Great Britain. 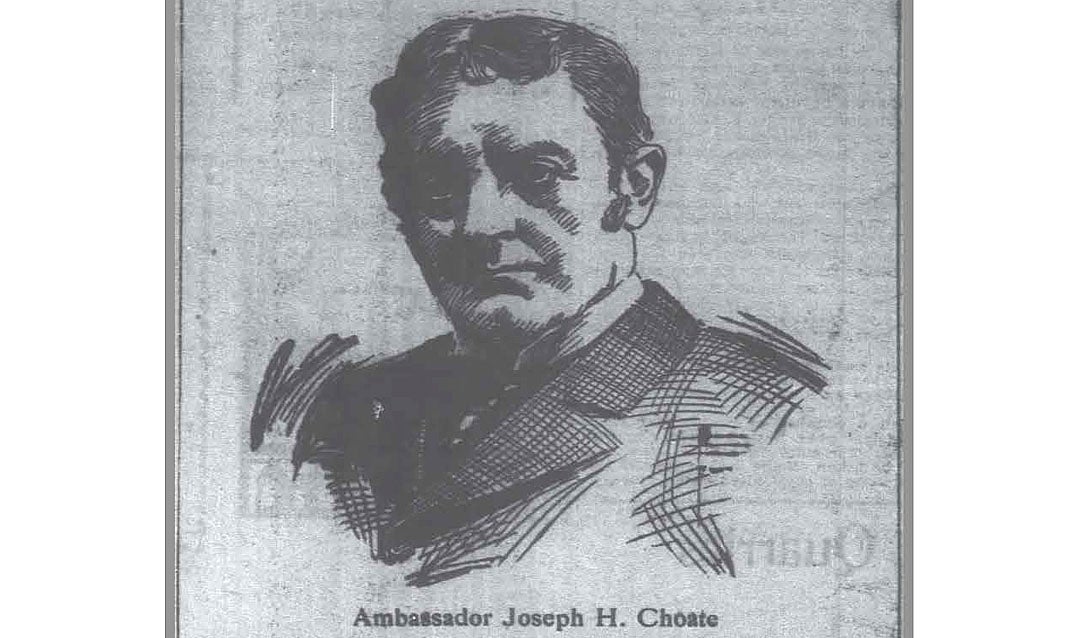 Ambassador Joseph H. Choate as depicted in an Asheville Citizen-Times article from December 30, 1901.

The house party stayed at Biltmore for about a week. Due to bad weather, the guests stayed inside for the first couple of days. Ambassador Choate made use of the Library, which appealed to him as “the most charming part of the house.” Others exercised in the Gymnasium and swam in the “vast swimming tank.” When the weather improved, they went hiking, hunting and horseback riding. They also took garden strolls and went on carriage drives to see “the farms and the wonderful stock.” 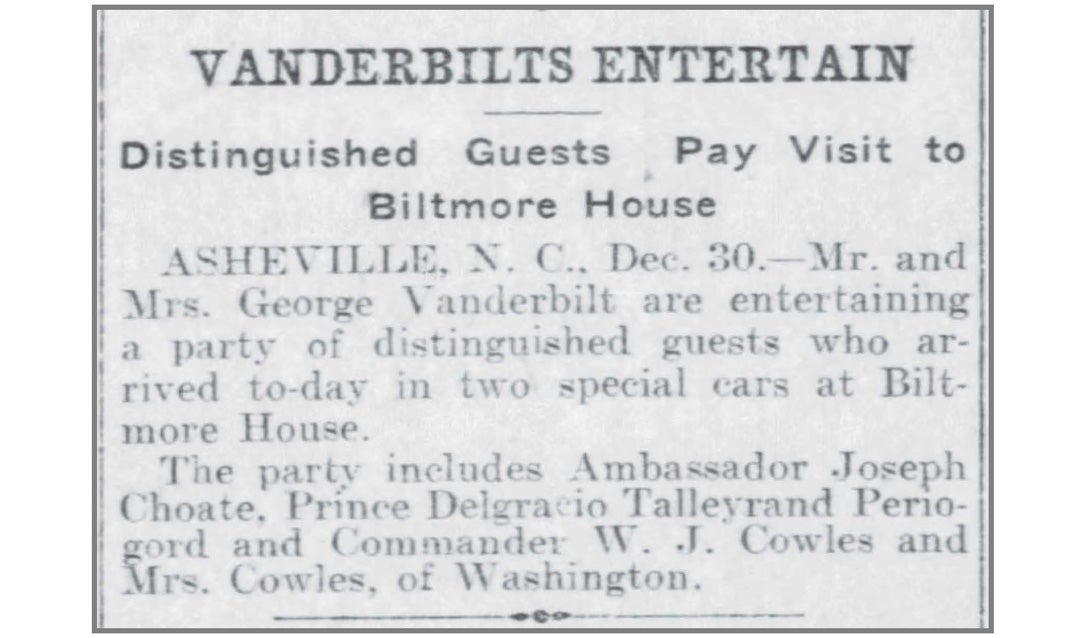 The event was highlighted in an article from The Philadelphia Inquirer published December 31, 1901.

On New Year’s Eve, the party “sat up to greet the New Year and were very merry indeed,” Choate remarked in a letter to his wife. “There were games and dancing, hot punch served at the stroke of 12 and quite a revel even after that. Mrs. Vanderbilt fills her great place with the utmost fitness.”

Just as the Vanderbilts celebrated with friends and family, we hope you and yours enjoy the holiday just the same. Happiest of New Years from your friends at Biltmore!

I love learning about the history of this magnificent place.

I, too, love learning more of the history of Biltmore. It is truly my happy place. Although I can no longer visit as I would like to, I always feel at home when I’m there. It is, at the same time, both comfortable and elegant. I love it!

I believe Ambassador Choate’s letter from BH to his wife, who was unable to accompany him for the New Year’s festivities, provided information about the Rembrandt gallery, enabling the recent restoration of the Oak Sitting Room.