To discover George Vanderbilt’s railroad ties, you have only to look at his family history.

Few names have been more closely associated with the rise of the American railroad industry than the Vanderbilts.

Theirs is a remarkable legacy, and one that would ultimately contribute to the development of Biltmore, George Vanderbilt’s magnificent private estate. 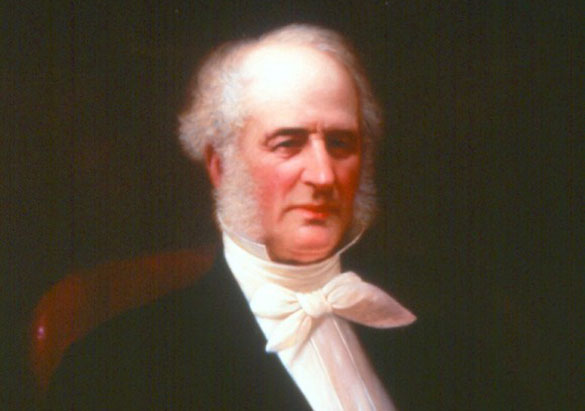 The Vanderbilt family’s success began with George Vanderbilt’s grandfather Cornelius “Commodore” Vanderbilt—an entrepreneur from modest beginnings who spent his life building an empire based on shipping and railroad concerns.

His son William Henry Vanderbilt inherited the business after the Commodore’s death in 1877, doubling the family fortune before he passed away nine years later. 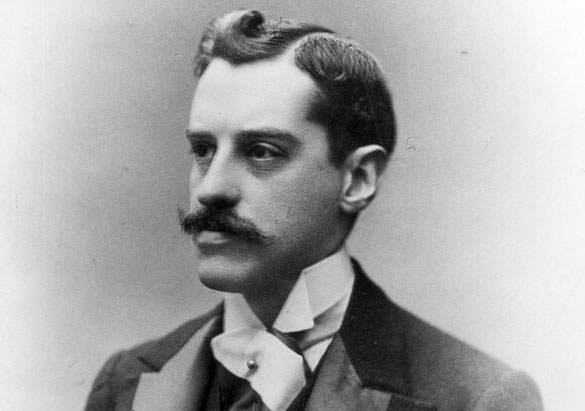 By the time George Vanderbilt was in his twenties, he had begun planning the creation of a country estate similar to those he’d visited in Europe. After settling on Asheville, North Carolina, as the setting for his new home, he purchased considerable acreage in the area, breaking ground in 1889 for what would become Biltmore. 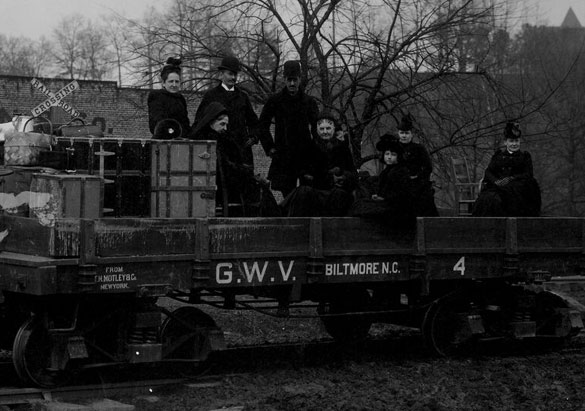 While maintaining a permanent address at his family’s Fifth Avenue home, George made frequent trips to Asheville to oversee the project during the six years that Biltmore was under construction.

In 1891, George Vanderbilt furthered his railroad ties by commissioning a private railcar from the Wagner Palace Car Company of Buffalo, NY. Showing affinity for his new home, George named his railcar Swannanoa after one of the two rivers that flowed through the property.

“Private railcars like Swannanoa were the height of luxury in the golden age of railroad travel, functioning as a home away from home for wealthy travelers” said Darren Poupore, Chief Curator for Biltmore. 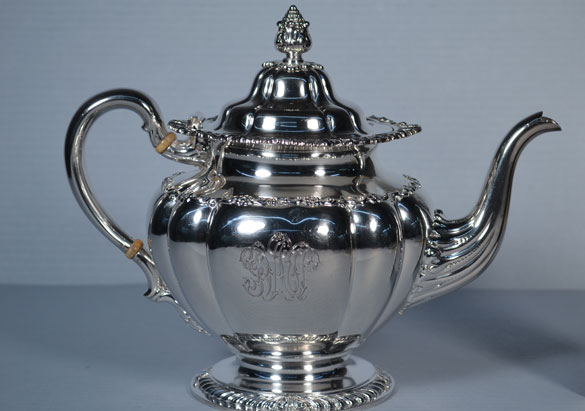 Swannanoa’s mahogany-paneled parlor was furnished with plush chairs and sofas; staterooms accommodated up to 12 people with comfortable beds and other furnishings.

George often sent Swannanoa to Washington and New York to transport family and friends back to Biltmore. While on board, a cook provided elaborate meals from a well-appointed kitchen and a porter tended to every passenger’s needs.

In addition to those comforts, guests could admire scenic views through plate-glass windows in an observation room in the rear of the car. And just like Biltmore House, Swannanoa’s interiors reflected George’s personality and interests, complete with countless books and etchings from his collections. 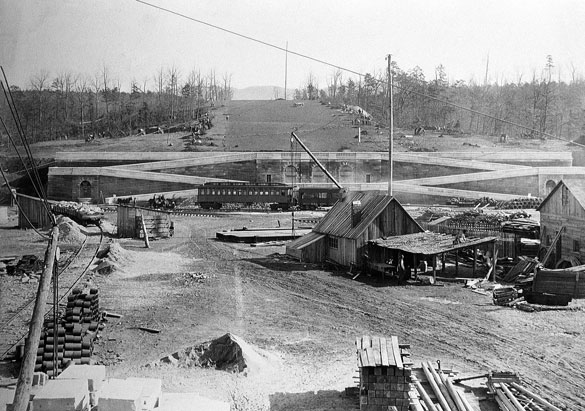 View of Biltmore’s Rampe Douce and Vista with construction sheds and train in foreground, c. 1892

As work on Biltmore House continued, a contract between estate architect Richard Morris Hunt and the project’s general contractor stipulated that the massive quantities of Indiana limestone required for construction be shipped by rail directly to the house site.

Working with a civil engineer and consulting with the superintendent of the Richmond & Danville Railroad, landscape architect Frederick Law Olmsted laid out a route for a standard gauge rail line connecting the depot in Biltmore Village to the building site.

The area’s uneven terrain—alternating between deep hollows and ridges—presented an added challenge for the rail line. In order to create a gradual incline from the depot to the building site, five trestles with a total length of 1,052 feet were constructed to carry the train across the gullies. 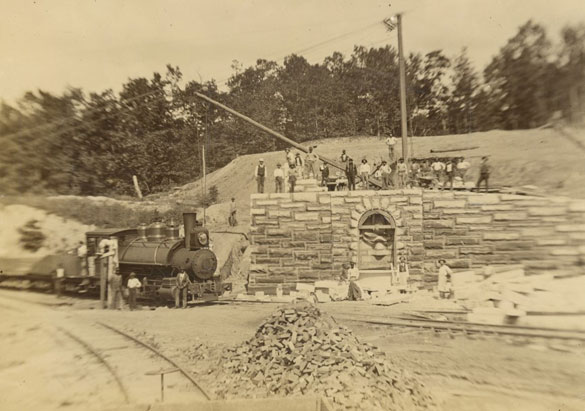 Steam locomotive in front of the Rampe Douce during construction; June 9, 1892

George Vanderbilt purchased three steam locomotives for use on the estate. The two standard-gauge locomotives operated on the main railroad line to the Esplanade.

The first, Engine No. 75 (later renamed Cherokee) was purchased in 1890, but had to be modified because it lacked the coal and water capacity to make one trip to the Esplanade. 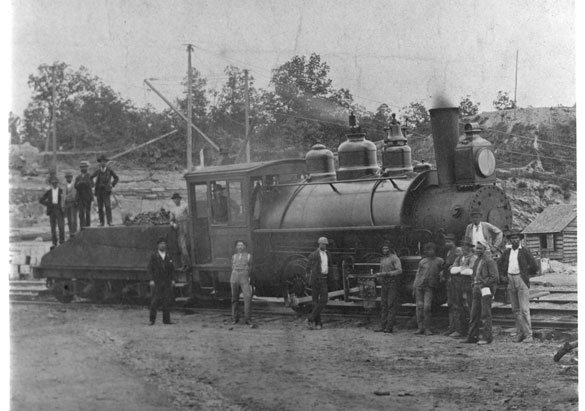 Workers with a Baldwin steam engine on the Esplanade, 1892

The third locomotive, named Ronda, was a smaller engine used solely on the narrow-gauge line that ran between the Biltmore Brick and Tile Works and the clay pits on the estate.

After construction ended, the railway was disbanded and the steam engines were sold, but today’s guests can still see remnants of the railroad’s path in a few places around the estate. 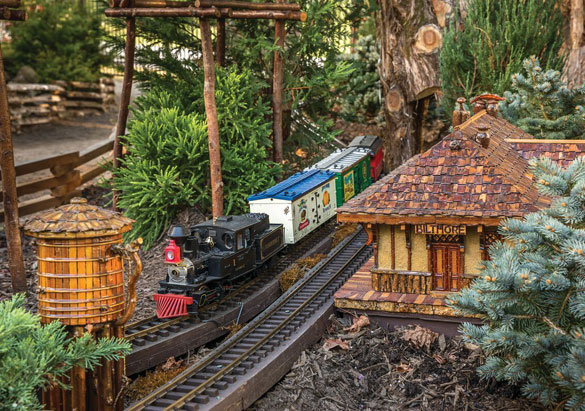 Featured image: Unidentified passengers gathered on the back of what is thought to be Swannanoa, George Vanderbilt’s private railway car