With our new exhibition Glamour on Board: Fashion from Titanic the Movie, we are celebrating not only the 20th anniversary of the iconic film that won 11 Oscars®, including Best Picture and Best Costume Design, but also the elegant wardrobes favored by transatlantic travelers in the early 1900s. On display in Biltmore House February 9–May 13, 2018, this exhibition is the first large-scale display of the original Titanic costumes and will showcase the exquisite detail meticulously recreated for these award-winning fashions. Just as portrayed in the movie, long days at sea fostered friendships and romances, including George Vanderbilt’s courtship of Edith Stuyvesant Dresser. 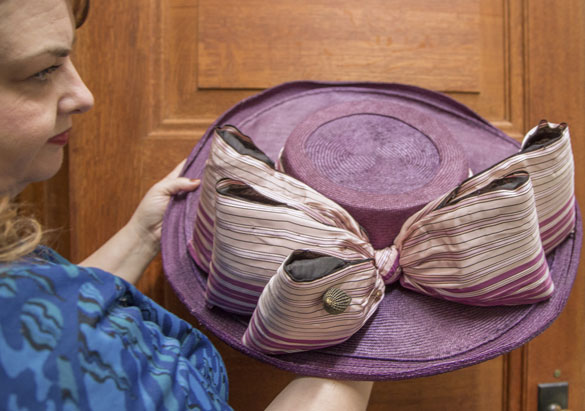 In planning the exhibition, members of our Museum Services team wanted to ensure that guests understood the historical significance of Edwardian fashion as it pertained to Biltmore and the Vanderbilt family.

Leslie Klingner, Curator of Interpretation, conducted specific research related to the costume designers who created the glamorous gowns and dashing suits worn by the principal actors–as well as the extraordinary number of extras–in Titanic. Leslie learned that many of the costumes were original fashions from the era purchased for use in the film; others were created using original elements to make them look and feel as close as possible to authentic clothing of the era.

“While researching, I came across information indicating that the memorable striped 'arrival suit' worn by Kate Winslet's character Rose as she boards Titanic for the first time was a direct reproduction from the January 1912 issue of Les Modes magazine,” said Leslie. “Knowing that Les Modes was a popular fashion magazine of the period, I wondered if we could find another institution that held that particular issue in order to reproduce the original fashion plate for comparison with the costume.” 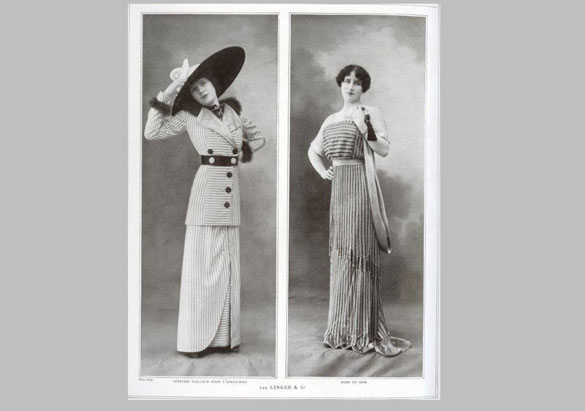 Leslie asked Lauren Henry, Associate Curator, for assistance with the search, and that's when Lauren made a fabulous fashion find: Edith Vanderbilt not only read Les Modes, she kept a number of issues that are still in our archives–including the January 1912 edition!

“The magazines themselves are gorgeous,” Leslie said. “The covers are printed using a very refined technique called pochoir. This specialized process used a stencil-based method of printing that produced crisp lines and brilliant colors and was often used to illustrate fashion magazines like Les Modes,” explained Leslie. “The issues in our archives have metallic gold highlights on the covers and are in remarkable condition. Many look just as lovely as they would have when they were new!” 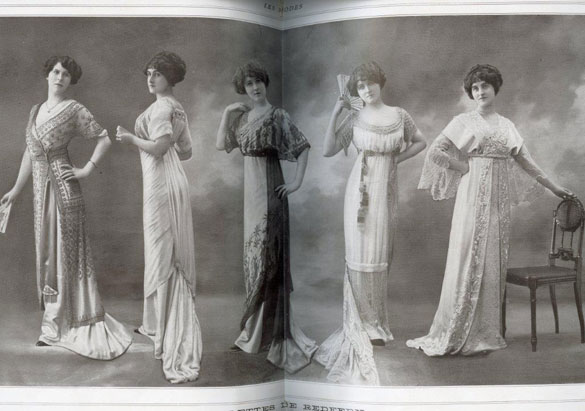 We've always known that Edith Vanderbilt was considered a trendsetter when it came to fashion, but with the discovery of this treasure trove of magazines, we now know one of the ways she kept up with the latest Parisian styles on a monthly basis. In fact, she may have looked at the very dress in 1912 that would be used to express the height of haute couture more than a century later in the film Titanic. In another twist of fate, George and Edith Vanderbilt would make plans to travel aboard the ill-fated ship just a few months later, and though their personal arrangements were changed before Titanic sailed, a member of their household staff was lost in the tragedy.

Discover The Vanderbilts at Home and Abroad

Opening in March 2018, The Vanderbilts at Home and Abroad exhibit, located in The Biltmore Legacy in Antler Hill Village, will further showcase the lives of the Vanderbilts as well as treasures collected during their world travels.