From the Ground Up: Preparing for Chihuly at Biltmore

While still in high school, Clare Cottrell discovered two important things that would help shape her future: 1) it was possible to have a career in Public Horticulture, and 2) the location of her dream job was Biltmore.

Clare joined Biltmore’s landscaping team in 2007 after earning her degree in Horticulture Management at Bob Jones University. She served in a number of garden-related roles before becoming Supervisor of Gardens and Conservatory in 2017. 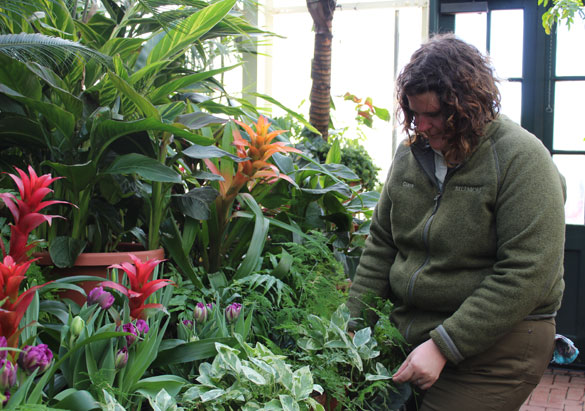 Clare at work in the Conservatory

In addition to her day-to-day responsibilities supervising these areas, Clare was also involved with the preparations to host Chihuly at Biltmore—the first art exhibition in our historic gardens and the first North Carolina garden exhibition by artist Dale Chihuly whose works are included in more than 200 museum collections worldwide.

“The preparation for this exhibition was intense,” Clare said, “but it is wonderful to have our gardens be a focal point for guests in 2018.” 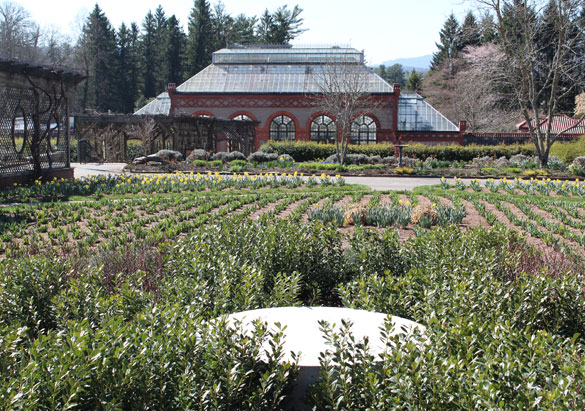 ​Base for one of the Chihuly sculptures in the Walled Garden

Planning for Chihuly at Biltmore—and its special evening component Chihuly Nights at Biltmore—began nearly two years ago and includes the addition of major infrastructure in our gardens. Power and data lines had to be in place before last year’s spring tulip bulbs were planted, and in a carefully timed three-month period during fall 2016, two crews spent three months installing underground utilities.

In November 2017, the foundations for Chihuly’s sculptures were installed, and some of the complimentary garden plantings were completed.

“Specific types and colors of plants were planned around the sculptures and will change with the seasons,” said Clare. “Many of the botanical elements help provide a protective buffer for the artworks, such as low-growing juniper and sedges planted around the foundation of one of the large pieces in the Walled Garden.” 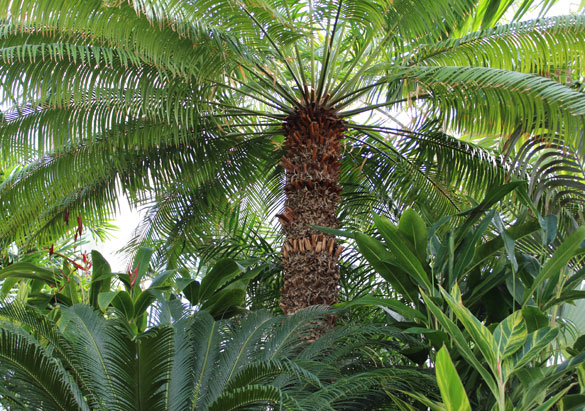 Towering palm in the Conservatory

According to Clare, some long-term garden maintenance projects had to be completed ahead of schedule to prepare for the exhibition.

“Because of the sculptures that are displayed in the Conservatory, we went ahead with a major overhaul of the Palm Room,” Clare said. “There are more than 200 palms in the Conservatory, and some of them are very old. We re-potted and repositioned them to focus the view on the ends where Chihuly’s Chandeliers are installed.” 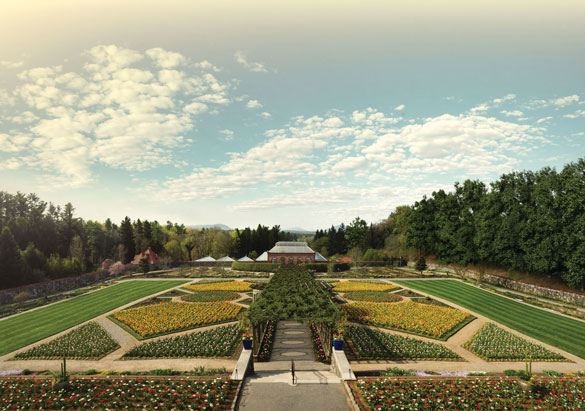 Walled Garden and Conservatory at Biltmore

Even with the demands of the extra planning and preparation, Clare is excited that the estate is hosting Chihuly at Biltmore now through October 17, and she looks forward to the future.

“This exhibition has given us the opportunity to upgrade the infrastructure of the gardens, and that means we can try new ideas and events,” said Clare.

I so wanted to visit again during the Chihuly exhibit. Do you have any plans for another exhibition in the future?