Each September, we turn our gardening attention to a friendly competition taking place in a corner of Biltmore's Walled Garden. Here, a jury gathers in the historic Rose Garden to evaluate roses bred by professionals and beginners on fragrance, overall health and rigor, and ability to repeat bloom. It’s part of the Biltmore International Rose Trials, scheduled this year for September 28-29.

Rooted in our past

Roses are rooted in Biltmore’s past. The Rose Garden is original to the Walled Garden, and is thought to have been used to promote the estate when John and Cornelia Vanderbilt Cecil first opened the doors of Biltmore House for public tours in 1930.

From black-and-white to color

At that time Chauncey Beadle, a horticulturalist and the estate’s superintendent, worked with a postcard company to produce a set of 26 hand-colored postcards based on a series of black-and-white photographs taken by George Masa, known for his documentation of and preservation efforts for Great Smoky Mountains National Park. Because color photographic film was rare at the time, it was a popular practice to hand-color photographs and postcards. 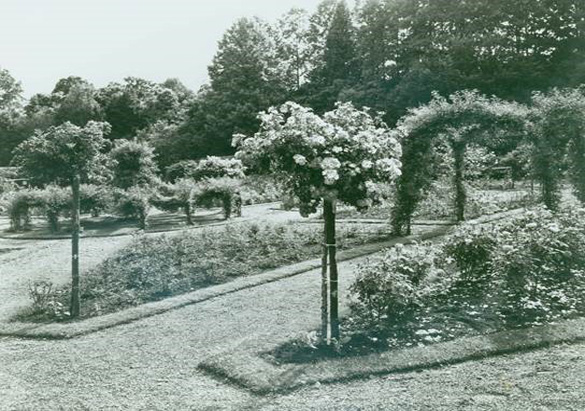 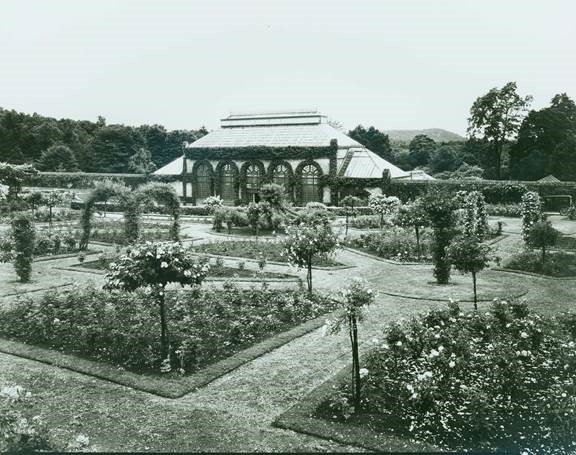 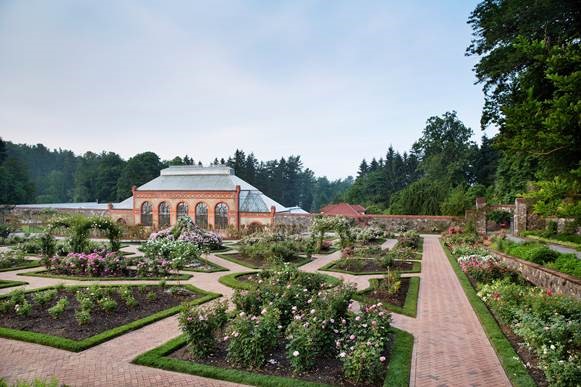 During the first year of our International Rose Trials in 2011, local photographer Christopher Shane was on assignment for WNC Magazine and captured nearly the same angle of the Rose Garden at peak bloom that George Masa had shot 70 years earlier. Except for the English Ivy above and around the windows of the Conservatory, it could almost be a mirror image of Masa's black-and-white photos.

Featured blog photo: One of 26 hand-colored postcards that Chauncey Beadle worked to have produced around 1930

The Biltmore House and Estate are so rich with beauty and history. I feel very fortunate to live in Asheville.