The wonders of Leonardo da Vinci – 500 Years of Genius await you at Biltmore now through February 20, 2023.

Five centuries after his death, Leonardo da Vinci still captivates our imagination with his remarkable discoveries and creations.

Learn more about the man, the mysteries, and his masterpieces with this immersive exhibition created and produced by Grande Experiences and hosted on the grounds of George Vanderbilt’s magnificent Biltmore Estate in Asheville, NC.

The Leonardo da Vinci — 500 Years of Genius exhibition includes stunning projections of his artwork like the details of “Madonna with Carnation” show here.

Leonardo di ser Piero da Vinci (Leonardo, son of ser Piero from Vinci) was born out of wedlock in Vinci, Italy, 20 miles outside of Florence.

He would change the world, becoming an artist, scientist, inventor, musician, philosopher, and more. Beyond his astonishing body of work, however, existed a fascinating person who remains enigmatic to this day. Despite the more than 7,000 pages of sketches, notes, and lists he left behind, the personal life of Leonardo da Vinci is shadowed by mystery.

Last Supper by Leonardo da Vinci, painted in the refectory of the Convent of Santa Maria delle Grazie in Milan, Italy

Da Vinci’s artistic talents first emerged in childhood. After receiving a basic education in reading, writing, and mathematics, at 14 years old he began an apprenticeship with the famous Florentine painter and sculptor Andrea del Verrocchio. By the age of 20, Da Vinci joined other notable artists in the guild of Saint Luke.

A constant tinkerer, Da Vinci experimented with different mediums and techniques such as using his palm and fingers along with a brush to create three-dimensional effects. Prolific even into middle age, in his mid-forties to early fifties Da Vinci painted Last Supper and Mona Lisa. The former became one of the most reproduced works of art in the world; the latter, one of the most iconic.

Replicas of the machine models created by Leonardo da Vinci are included in the exhibit at Biltmore, “Leonardo da Vinci — 500 Years of Genius.” Now on display at Amherst at Deerpark. Photo credit: The Biltmore Company.

Insatiably inquisitive, there seemed to be no area of study in which Da Vinci did not maintain an interest. Skilled in left-brain talents as well as right, the artist pursued projects in botany, geology, architecture, aviation, physics, engineering, chemistry, mathematics, zoology, anatomy, and more.

Centuries ahead of their time and written in precise detail, Da Vinci’s sketches depict inventions such as the helicopter, an armored tank, a calculator, a lifebelt, and various bridge designs.

This replica of a paddle boat design by Da Vincie is included in the immersive, multi-sensory exhibition hosted at Biltmore now through February 20, 2023.

His notes contain theoretical suppositions describing plate tectonics, hydrodynamics, and industrial machinery. Da Vinci’s famous Vitruvian Man, based upon the work of the Roman architect Vitruvius, bridged art and science by illustrating the proportions of the human body with blueprint-like clarity.

Now through February 20, 2023, immerse yourself in the wonders of “Leonardo da Vinci — 500 Years of Genius”, created and produced by Grande Experiences and hosted on the grounds of George Vanderbilt’s magnificent Biltmore Estate in Asheville, NC.

One could say that George Vanderbilt and Leonardo da Vinci would have enjoyed each other’s company had they not been born more than 400 years apart.

Both possessed a love of learning, boundless curiosity, a dedication to art, a commitment to innovation–even a shared love of wine, with Da Vinci accepting a vineyard near Milan as payment for his masterpiece Last Supper, and Vanderbilt known as a thoughtful collector of wine.

Now, the two remarkable men come together at Biltmore during the one-of-a-kind immersive, multi-sensory experience, Leonardo da Vinci – 500 Years of Genius, the third installment in the well-received Legends of Art & Innovation at Biltmore series.

Set to a Renaissance-inspired soundtrack of classical music, Leonardo da Vinci – 500 years of Genius will envelop you in more than 3,000 images of the Italian polymath’s masterpieces, inventions, notes, sketches, and personal reflections. 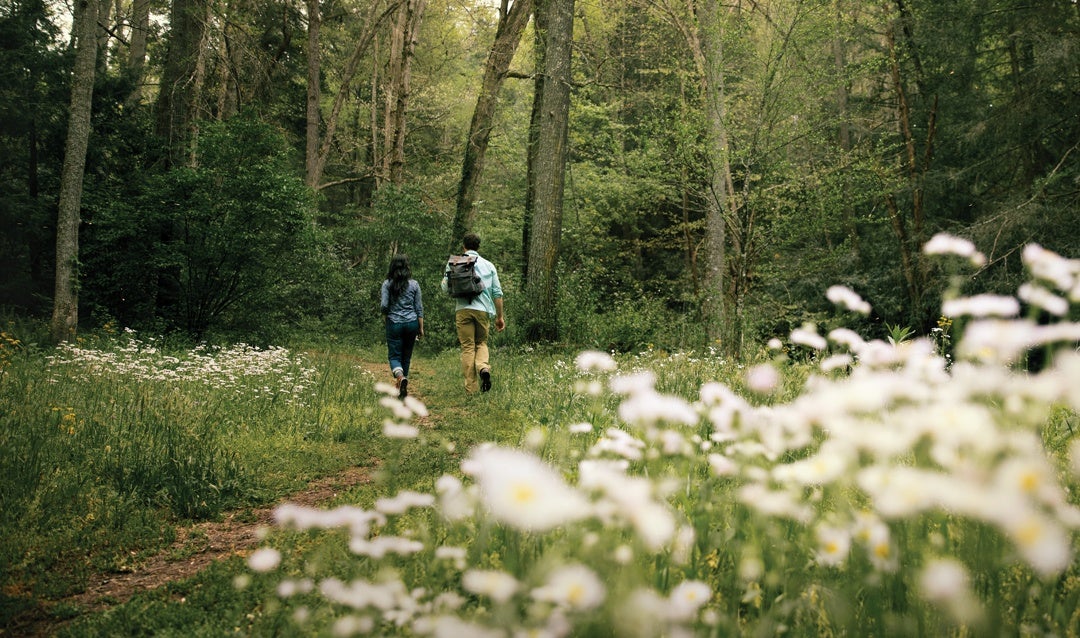 Immerse yourself in the sights and sounds of Biltmore and extend your visit with a reservation at one of our hotels or private historic cottages. In addition to discovering Da Vinci, you can enhance your stay with a complimentary wine tasting at the Winery in Antler Hill Village, a wide range of outdoor activities, shopping, dining, and so much more!

Immerse yourself in our new exhibition series, Legends of Art & Innovation...