William Henry Vanderbilt, born in 1821, was one of three sons and eight daughters of Cornelius “Commodore” Vanderbilt. Although he was destined to follow the Commodore into the shipping and railroad business, William Henry would eventually share his passion for collecting art with his youngest son George Vanderbilt.

As a young man, William Henry studied accounting at Harvard University. After graduation, his first job as an accounting clerk was with his father’s biggest competitor. Eventually William Henry went to work with his father and the family business continued to prosper. The Commodore passed away in 1877, leaving the majority of his fortune and his business interests to his trusted son and associate William Henry Vanderbilt. 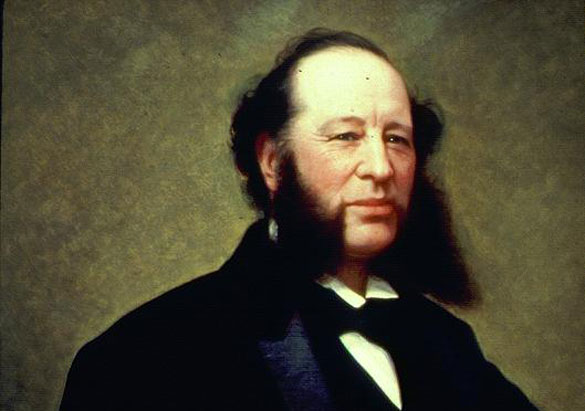 A passionate collector of art

Due to his own business success and the assets he inherited, William Henry was able to pursue a passion for art collecting that he had developed in earlier years but had not been able to fully realize until later. Like most other wealthy gentlemen of the time who were amassing art collections, William Henry tended to purchase what was fashionable, and in the early 1880s, French paintings in the realist or academic style were most desirable.

By the time William Henry’s youngest child George Washington Vanderbilt was born in 1862, the Vanderbilt family fortunes had expanded even further. Wealth and luxury were a way of life. George Vanderbilt was growing up in a world of that his parents and even his older brothers and sisters had not experienced. The family traveled extensively throughout Europe, and by the time George was 12, he began to accompany his father on art collecting trips overseas, setting a precedent for traveling abroad at least once a year for the rest of his life.

George Vanderbilt inherited his father’s passion for admiring and collecting art. As a 16-year-old, one of his travel journals recorded some of the sites he and his father visited, such as Versailles, the Louvre, and the National Gallery in London. The journal also reveals that George was a serious student of the arts and of history, spending many hours strolling through museums and libraries, visiting art studios with his father, and studying art and history in his hotel room. Among other things, he commented on his admiration of classical antiquities, medieval French architecture, and English country houses. Thus the seeds of the future–and what would eventually transpire at Biltmore–were already planted in his mind.

When George was around 19, his father built a new Italian Renaissance style mansion at 640 Fifth Avenue with living quarters in the Bachelors Wing for his youngest son. George’s rooms on the third floor included not only a bedroom and dressing areas, but also a private library to house his growing collection of books. Perhaps even more than art, book collecting had become one of George Vanderbilt’s main interests. 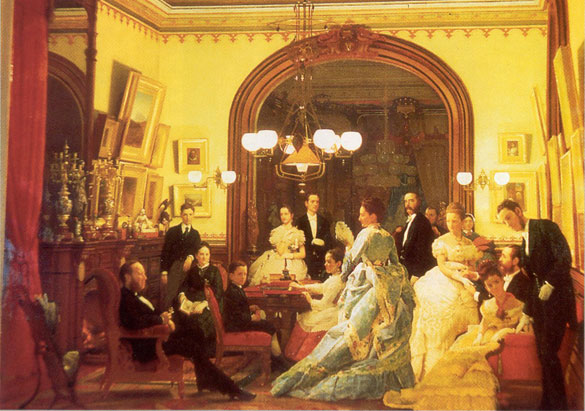 Going to the Opera by Seymour Guy, 1873; Second Floor Living Hall at Biltmore

Entitled Going to the Opera, the work features William Henry, his wife Maria Louisa, and their eight children gathered together in the family residence at 459 Fifth Avenue where they lived when George Vanderbilt was a child. While most of the older siblings are grandly dressed to attend an evening at the opera, the younger children (including George, who is the boy seated at the table) and their parents wear more casual clothing suited to an evening at home.

A closer look at the piece reveals a member of the household staff standing in the back of the room holding coats–an interesting detail to have included in this family painting. The commission and future exhibition of Going to the Opera was a definite statement reflecting the Vanderbilt family’s rise in society. This painting remains in the Biltmore collection and is visible in the hallway outside of Mr Vanderbilt’s Bedroom as you leave Second Floor Living Hall.

Book cases for a book collector 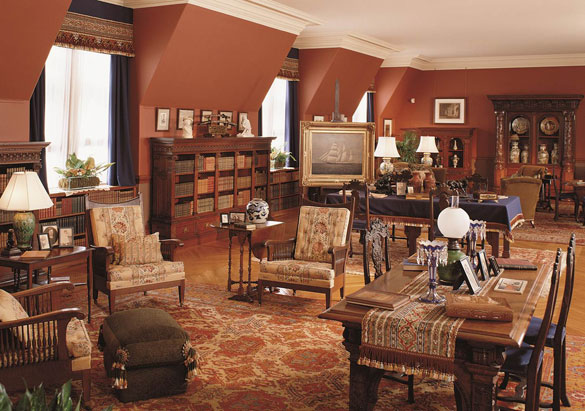 Not surprisingly, a set of beautiful bookcases custom built by the Herter Brothers of New York also came to George Vanderbilt from his father’s house. The Herter Brothers firm was well known for their exquisite designs and furnishings for the finest homes of the day, including the White House and Jay Gould’s mansion. Look for these bookcases in the Third Floor Living Hall at Biltmore House. 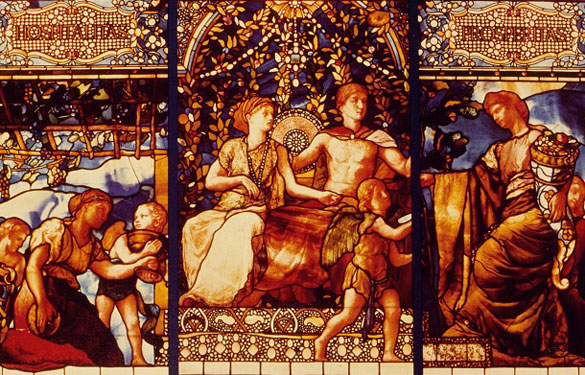 In 1879, William Henry Vanderbilt commissioned a series of stained glass panels for his Fifth Avenue home. Created by John La Farge, a contemporary of Louis Comfort Tiffany, the panels express allegorical scenes related to hospitality, prosperity, and other classic themes. The set of panels entitled The Fruits of Commerce shown here form a triptych that is now on display at the Winery in Antler Hill Village. 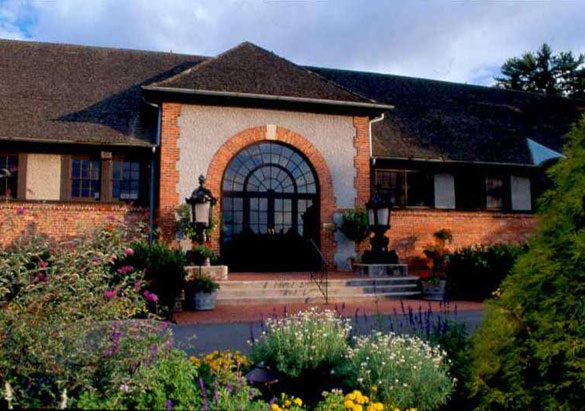 For sheer size, nothing George Vanderbilt inherited from his father compares to a pair of enormous decorative lanterns that once adorned the entrance of William Henry’s mansion at 640 Fifth Avenue. The massive lanterns once watched over crowds of curious onlookers; today they welcome guests who visit Deerpark Restaurant located on the grounds of Biltmore.

See Biltmore’s treasures for yourself
Plan your visit to Biltmore and learn more about the Vanderbilt family and the treasures collected and displayed in America’s Largest Home®.

We hope you enjoy this archived content. A Vanderbilt House Party –...

At the age of 12, George Vanderbilt began keeping meticulous records in...

A springtime stay at Biltmore

While George Vanderbilt put great thought into every detail of Biltmore, there’s...