Limestone in the Limelight: The Façade of Biltmore House

Now through October 7, Biltmore’s Gardens are transformed by the dramatic artworks that compose Chihuly at Biltmore. Installations can be found in the Winter Garden of Biltmore House as well as the Italian Garden, the Walled Garden, and beyond.

But one of the installations—Sky Blue and Cobalt Fiori—is set on the East Terrace of Biltmore House. Let’s take a look at this piece’s perfect backdrop: the magnificent limestone façade of America’s Largest Home®. 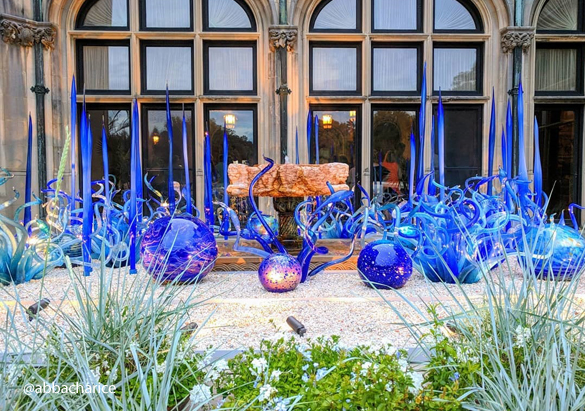 In selecting the materials used to construct Biltmore House, George Vanderbilt and architect Richard Morris Hunt wanted nothing less than the best available.

While the underlying walls are of the house are brick, the overlay is limestone from the Hallowell Quarry in Indiana. At the time, Hallowell, which also sourced the stone used to construct Chicago’s City Hall in 1885, was the richest quarry in the country. 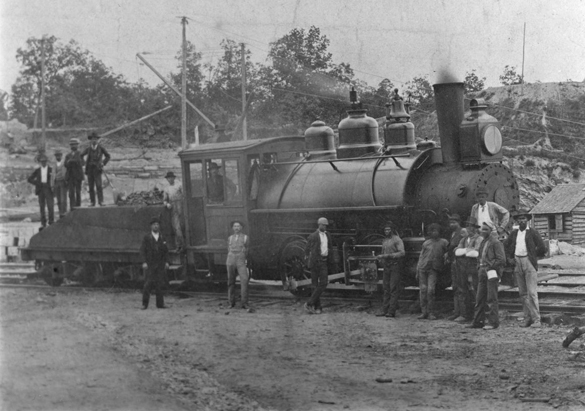 From February 1891 to February 1892, approximately 287 train cars left Indiana carrying the limestone that would become the façade of Biltmore House.

Once the train cars arrived at the Biltmore Village depot, the stone was transported to the construction site by a narrow-gauge railroad track that was built specifically for that purpose. 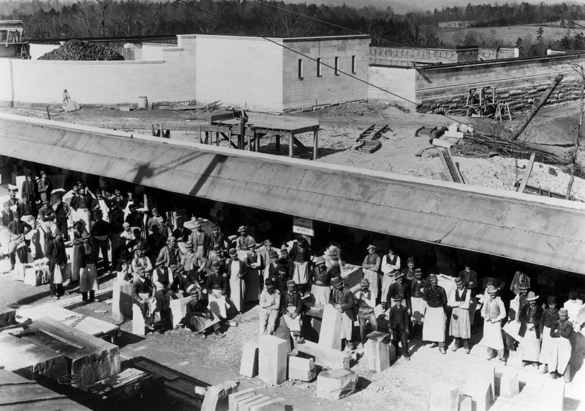 The limestone blocks were stored in sheds to protect them from the weather until it was time for them to be cut and carved. To achieve the texture seen on the house today, the blocks were tooled by hand through a process called “crandalling.”

Skilled stonemasons cut shallow grooves into the surface of the stone, resulting in a fine, pebble-like surface. The process results in an elegant-looking limestone that reflects light in a more dramatic manner. 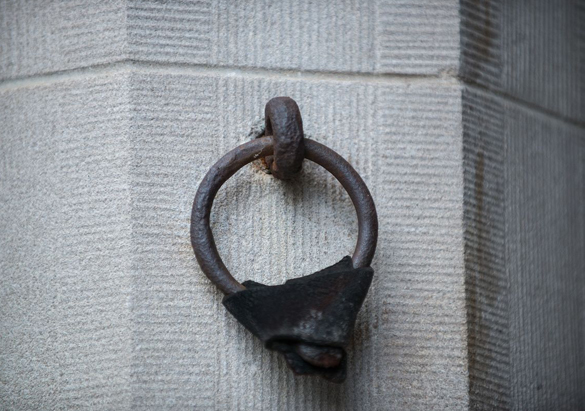 Crandalling detail surrounding a brass ring on the house exterior

The crandalled limestone blocks were then lifted into place using wooden derricks powered by hand-drive, geared winches. The first block of stone was put in place in the west garden wall on June 8, 1891.

Adding It All Up

Although there’s no exact final count, estimates indicate that when the construction was complete, around 60,000 cubic feet of limestone—weighing about 5,000 tons—had been used in the project.

The surface as it’s seen today reflects the beautiful effects of aging in the elements for more than 120 years.