Patron of the Arts: George Vanderbilt

As a patron of the arts, George Vanderbilt remains a remarkable example of the difference one man can make.

With his deep appreciation and understanding of arts and languages and his vision for a self-sustaining country estate, George Vanderbilt could easily be called a “Renaissance man;” a description given to individuals who possess many talents or areas of knowledge and are considered versatile and well-rounded in a number of fields. 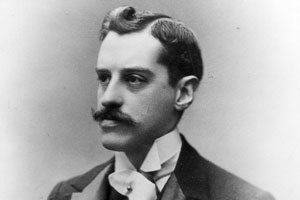 Patron of the arts

George Vanderbilt did more than simply collect and appreciate art, however; he was also a passionate patron who befriended artists such as John Singer Sargent and James McNeill Whistler, commissioning their works for his home and corresponding with them far beyond the particulars of portraiture.

Literary authors including Edith Wharton and Henry James were welcomed at Biltmore, and George Vanderbilt’s close friend and author Paul Leicester Ford spent several weeks at the estate while working on his novel Janice Meredith: A Story of the American Revolution. 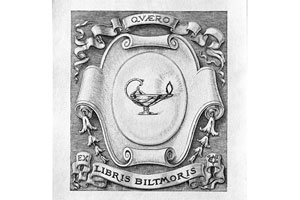 In addition to his personal friendships, George Vanderbilt was a great proponent of public access to the arts, using his philanthropic values to ensure that others could benefit from institutions such as free lending libraries.

While most libraries of that era required patrons to pay for the books they borrowed, Vanderbilt provided funding to build the Jackson Square Free Circulating Library of the New York Public Library System and filled it with books that he donated. This library was one of the first open to the general public. 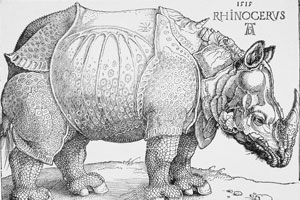 One of George Vanderbilt’s most significant donations was to The American Fine Arts Society in support of young artists. In 1892, Vanderbilt donated $100,000 to pay for the property and construct the building that the Society would use for exhibiting members’ work.

Named the Vanderbilt Gallery in his honor, the inaugural exhibition was a show of Rembrandt and Durer prints, plus prints based on the paintings of Sir Joshua Reynolds, all from George Vanderbilt’s personal collection. While the Rembrandt prints are no longer part of the collection, some of the Durer prints and those after the style of Reynolds remain at Biltmore today.

We continue George Vanderbilt’s passion for the arts today by hosting exhibitions such as Legends of Art & Innovation at Biltmore featuring three different large-scale, multi-sensory events—created and produced by Grande Experiences using the very latest in immersive technology to illuminate the remarkable lives of Van Gogh, Monet, and Da Vinci and their timeless masterpieces of art and design.

Each individual component of this must-see series offers fascinating ties to Vanderbilt’s collection of treasures on display in Biltmore House, his magnificent family home, in Asheville, North Carolina.