Ongoing archival research allows us to shed new light on Biltmore’s Halloween Room, and our Museum Services team has made some interesting discoveries!

Witches, bats, and black cats don’t usually come to mind when you think of Biltmore, but deep in the basement of America’s Largest Home®, there’s a cavernous room with brick walls painted in brightly-colored murals depicting an array of such creatures.

The paintings include characters from folklore, a platoon of soldiers, and other imaginative imagery that eventually caused this area to be dubbed the Halloween Room. 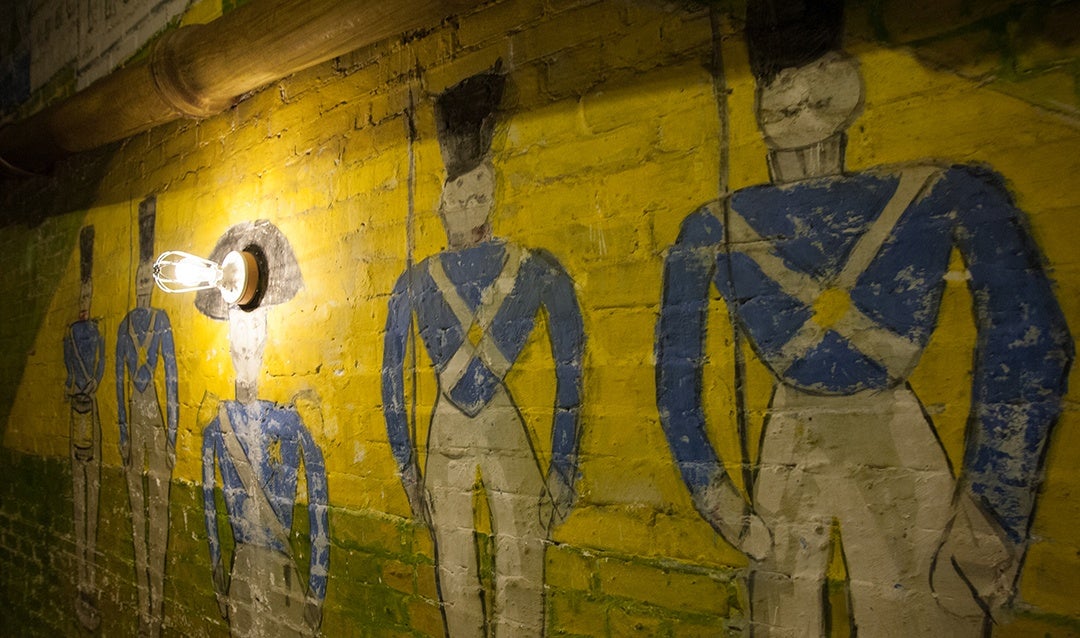 For many years, the colorful murals remained a bit of a mystery, with some thought that the room was the scene of a 1920s Halloween weekend house party during which guests of John and Cornelia Cecil were invited make their mark on the walls.

Subsequent research revealed, however, that the paintings were created in December 1925 to prepare the room for a New Year’s Eve celebration–but that still didn’t explain the slightly eerie tone of the murals. 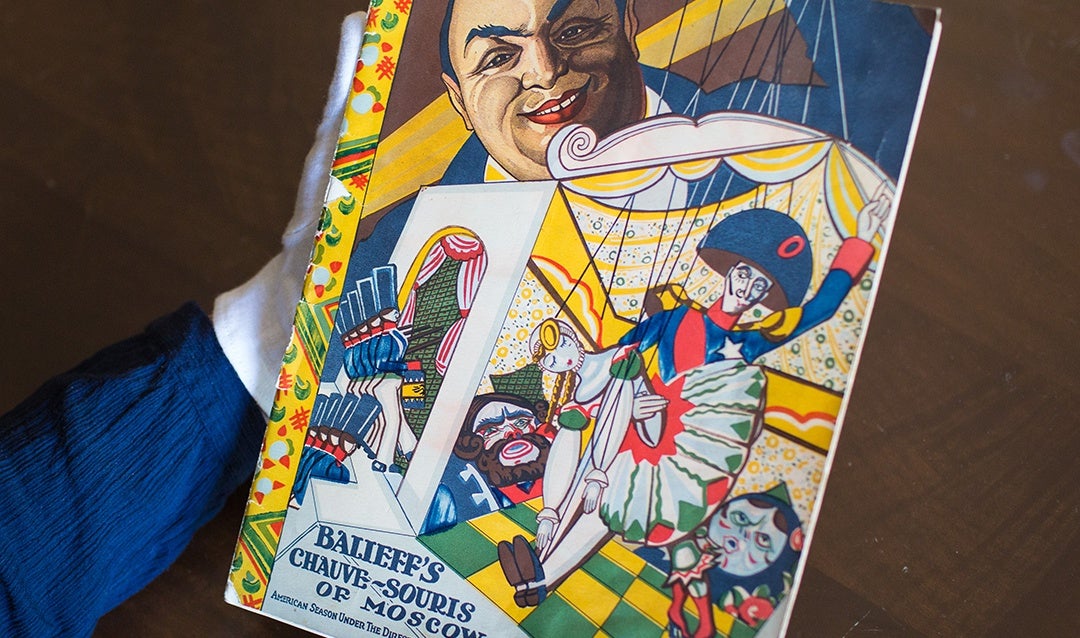 Leslie Klingner, Curator of Interpretation, recently discovered an obscure connection between the scenes on the walls and an avant-garde Russian cabaret and theatrical troupe called La Chauve-Souris, which translates to The Bat.

The troupe toured America in the 1920s, performing on Broadway in 1922 and again in 1925. The vaudevillian comedic acts were set off by abstract sets designed by two Russian artists, Sergei Sudeikin and Nicolai Remisoff. The show met with great success, triggering a rage for all things Russian in New York City and beyond.

The Cecils must have been fans of the cabaret as they and their friends created their own version of La Chauve-Souris on the basement walls of Biltmore House. Most of the murals were drawn directly from Remisoff and Sudeikin’s illustrations for the theatrical program. 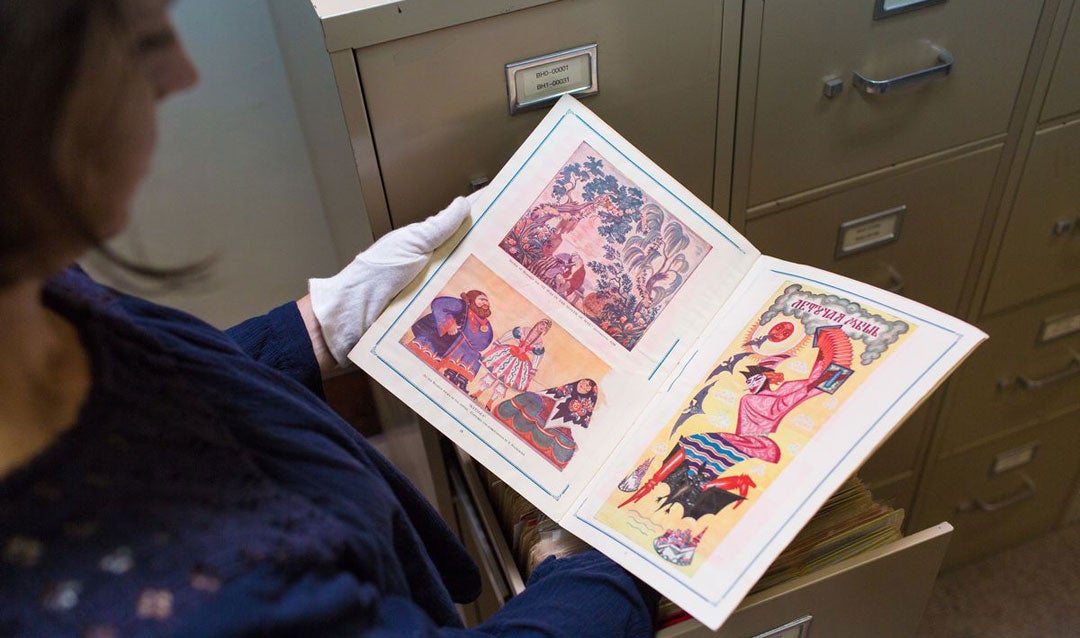 After three weeks of painting, the Cecils hosted a gypsy-themed ball on December 30, 1925, as part of their New Year’s celebration.

“This connection was really exciting to me because we didn’t expect it at all,” Leslie said. “It wasn’t until I read an autobiography of a local man who went to that party that I put it together.”

“The best party I have ever attended” 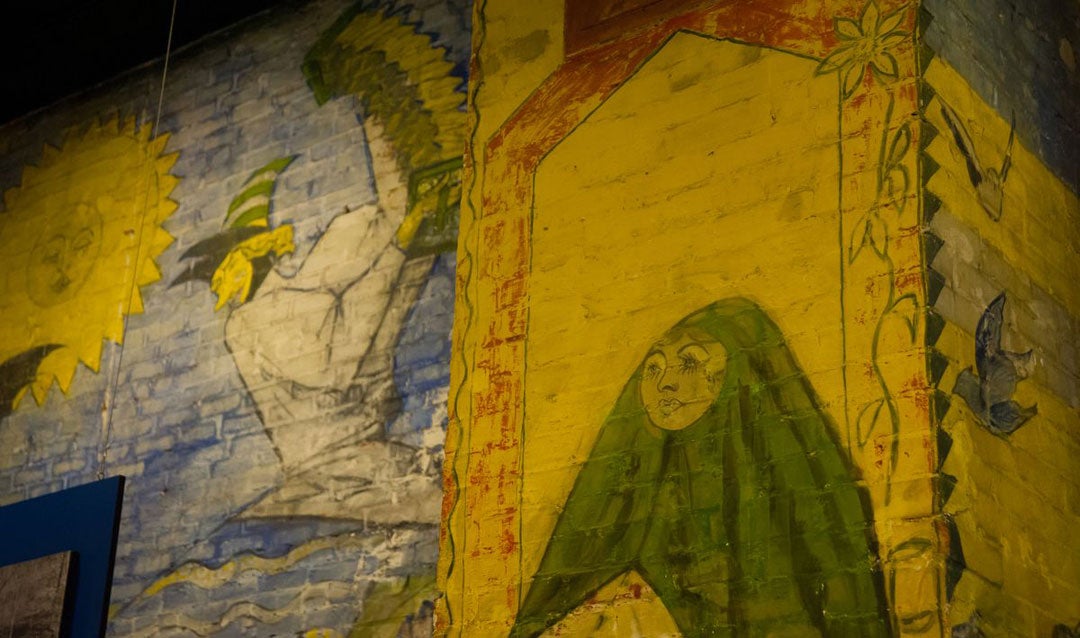 Painted scenes in the Halloween Room

The Charleston Daily Mail reported that 100 guests attended the Cecil’s New Year’s Eve festivities. One costumed attendee, local resident James G.K. McClure, recalled arriving in the basement of Biltmore with his wife Elizabeth, armed with a guitar and an old accordion, to find a room full of “all kinds of gypsy atmosphere such as cauldrons and pots and glowing fire … all around.”

Enchanted by the unexpected theatrics, he wrote a detailed account of the holiday soiree to a friend, describing “a gypsy dance at Biltmore House which was the best party I have ever attended.”

Building Biltmore House also offers a special focus on the craftsmanship and labor of the employees who worked on the project rather than just the construction techniques.

MR. Cecil himself, told me to take special notice of the black cat in the Halloween room as he drew it himself as a young boy. I am now almost 68 and I was a young woman when he met us at the front door and took our small entrance fee, I think$ 3.50 to walk through the home. I remember it all and the changes I’ve seen over the years and now my husband and I are Passholders. We hope to make a reservation to celebrate our 40th wedding anniversary this December at the Biltmore and are so proud… Read more »

Thank you, Shelley, for sharing your wonderful memories of Biltmore. We are delighted that you have continued to enjoy the estate through the years!

This is so cool! I have been through this room dozens of times and heard many “theories” of its origin. I love the connections we have today to the history of this magnificent home.

So it should be called the bat cave

Curator of Interpretation ❤️ Kudos! I am so glad you uncovered the real origin of the paintings. So cool!

Now we need a revised video explaining the paintings narrated by the person who discovered the connection. Bravo, Leslie!

What song related to the tin soldiers in the Halloween room

Hi, Laura! Thank you for your interest in the Halloween Room. The painted soldiers were inspired by artwork from two Russian artists, Sergei Sudeikin and Nicolai Remisoff, who illustrated the program.