Biltmore’s Blacksmith: Striking While the Iron is Hot

Did you know America’s Largest Home® has a resident blacksmith?

A typical day for Biltmore blacksmith Steve Schroeder is spent demonstrating traditional techniques, telling stories to our guests, and answering their questions in the estate’s original smithy shop at Antler Hill Barn.

During one of his demonstrations, Steve met a guest who was a fellow blacksmith from New Jersey. The guest showed Steve a piece of his own: a metal key ring featuring a golf ball-sized rose with about 40 tiny petals. 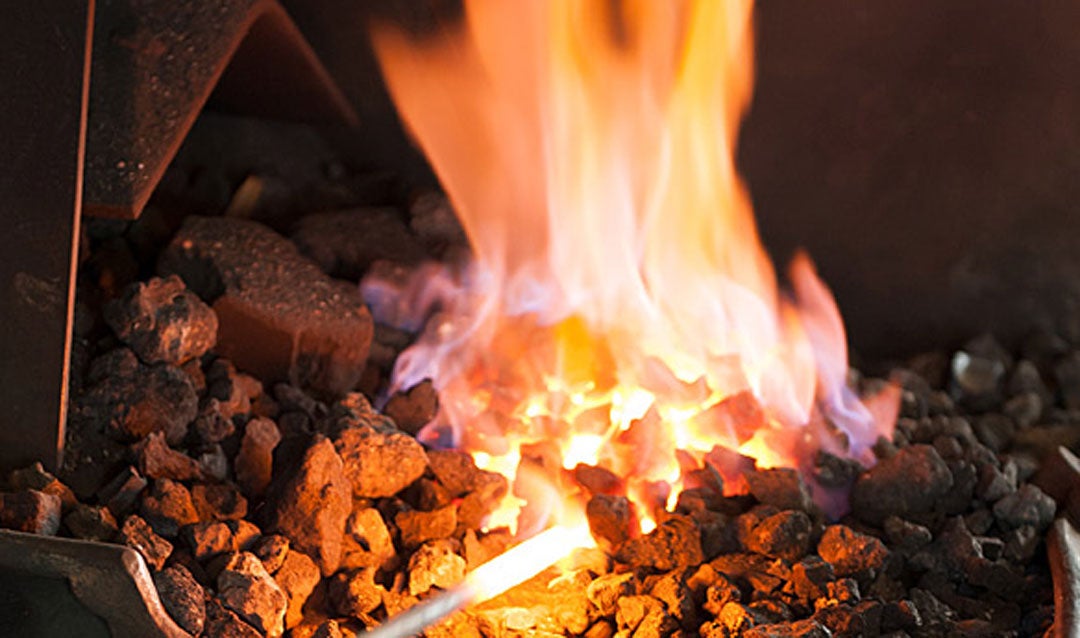 Blacksmithing is the art of forging metal to create hardware, ornamental objects, and more.

Steve was impressed by the rose design and asked the guest about his process. To his surprise, the guest offered to stay at the smithy shop for what ended up being more than an hour to explain the method to Steve as he tried it out.

“That’s one of the great things about blacksmiths,” Steve explains. “We’re very open about sharing projects and we’re happy to teach each other different techniques. There are no secrets in blacksmithing.” 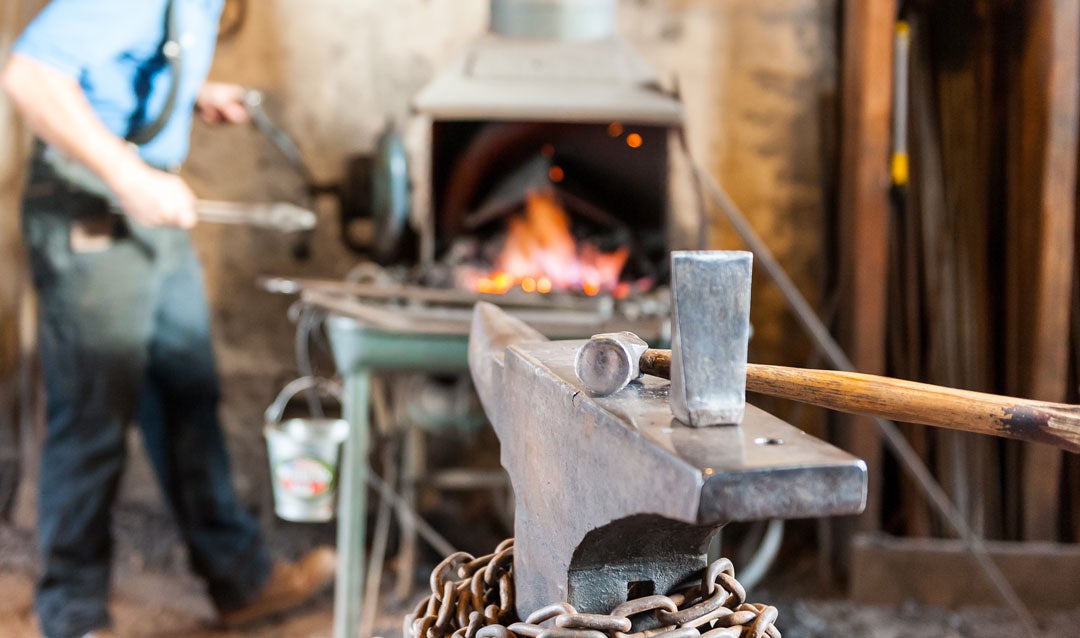 Blacksmiths use a variety of tools such as a hammer, an anvil, and a hot cut, which helps create indentations in the metal. 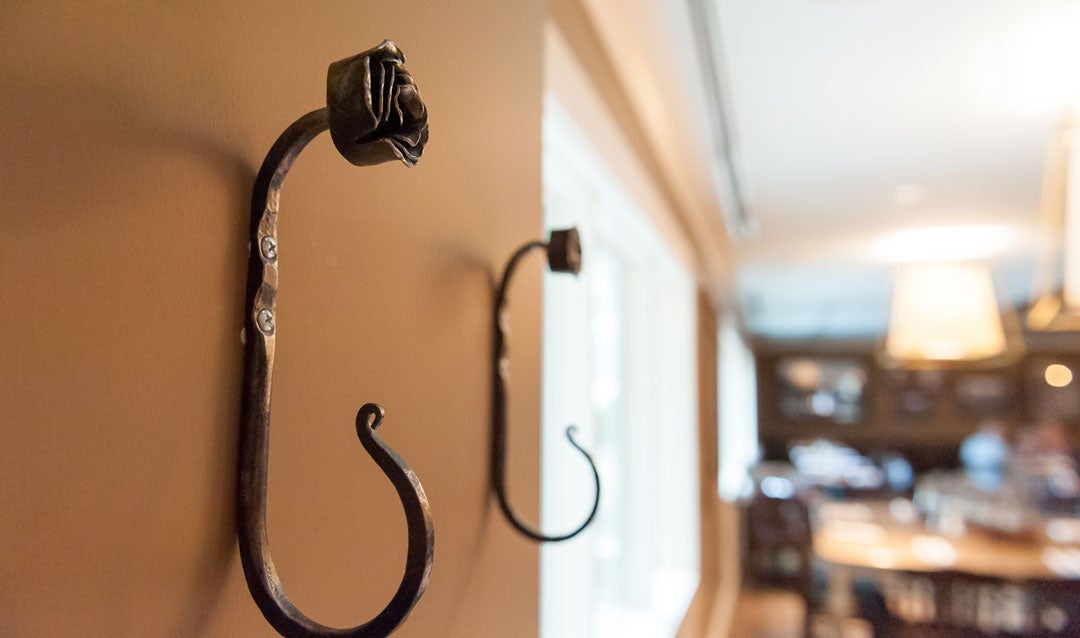 Our blacksmith’s early rose hooks are on display near the second floor fireplace in Village Hotel.

Steve worked diligently to improve his rose hook technique over the next few months. During that time, news of the fascinating project caught wind around the estate. As result, eight rose hooks were soon installed in the comfortable seating area next to Village Social, located within Village Hotel. 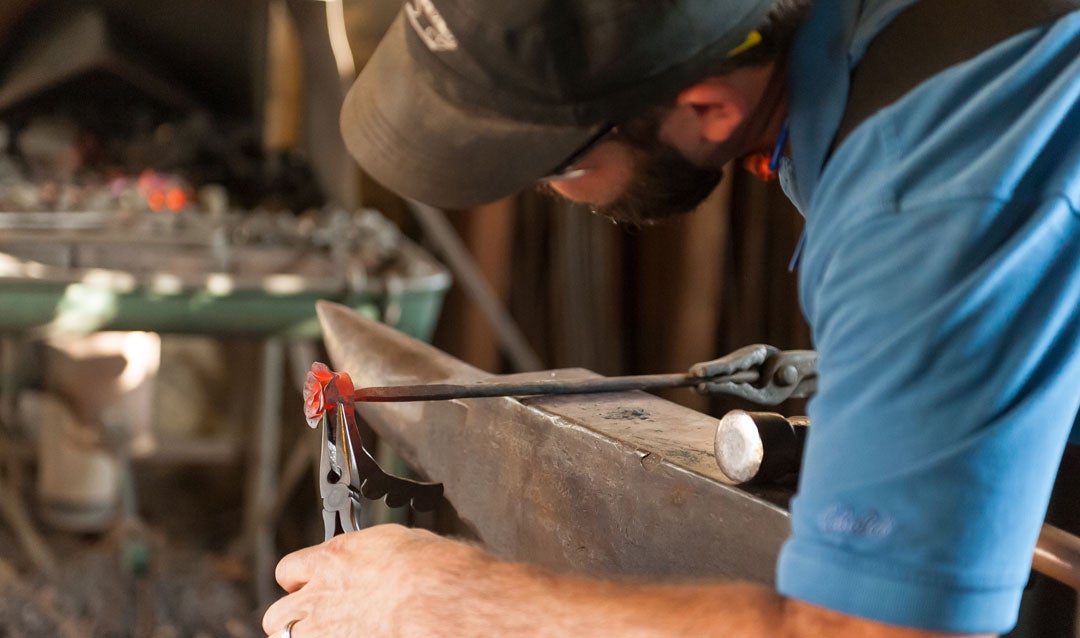 Steve peels back the petals of the roses using pliers while the metal is still red-hot to create the blooming effect.

However, Steve is quick to point out that the hooks installed in Village Hotel don’t reflect one of his biggest revelations in perfecting his technique, one that actually came from his wife Kylie.

“I explained to her that I was having a hard time keeping the petals open in the coiling process,” he says. “She suggested I use pliers to pull the petals back for that nice blooming effect.” 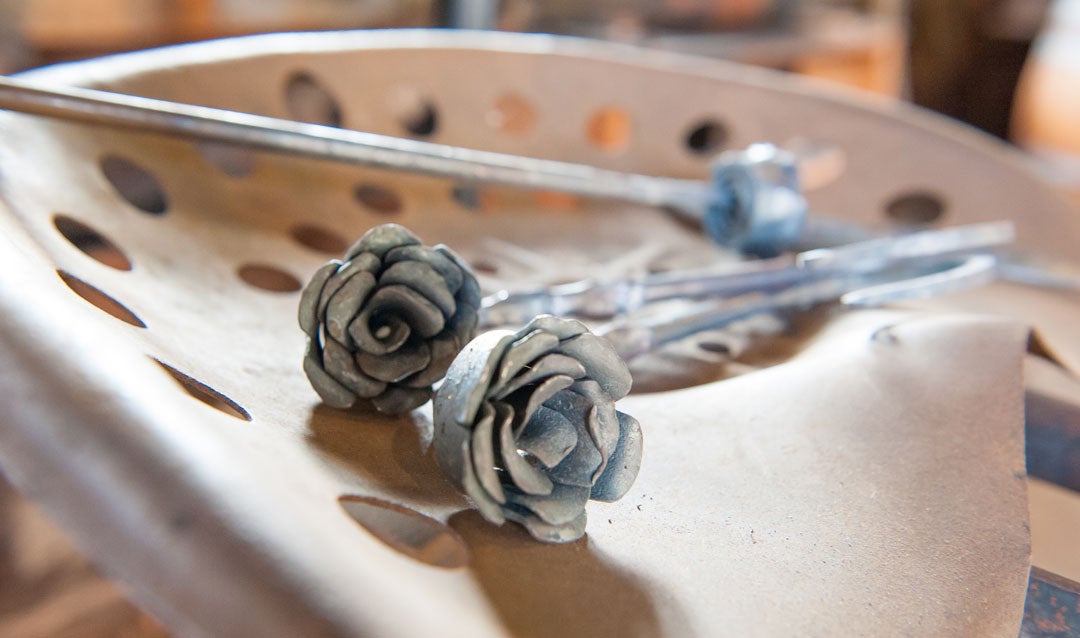 The design of the rose hook has slightly evolved over the years. Loving care and attention to detail goes into each iteration.

Striking While the Iron is Hot

Steve knew early on there was potential for his products to be sold on the estate—and Village Hotel guests were asking if the rose hooks were available for purchase on a daily basis.

While Steve didn’t want to sell the product until he thought it was in its best possible form, he knew that he had to “strike while the iron is hot.” (Yes, that is a blacksmith pun, and yes, Steve is full of them.) 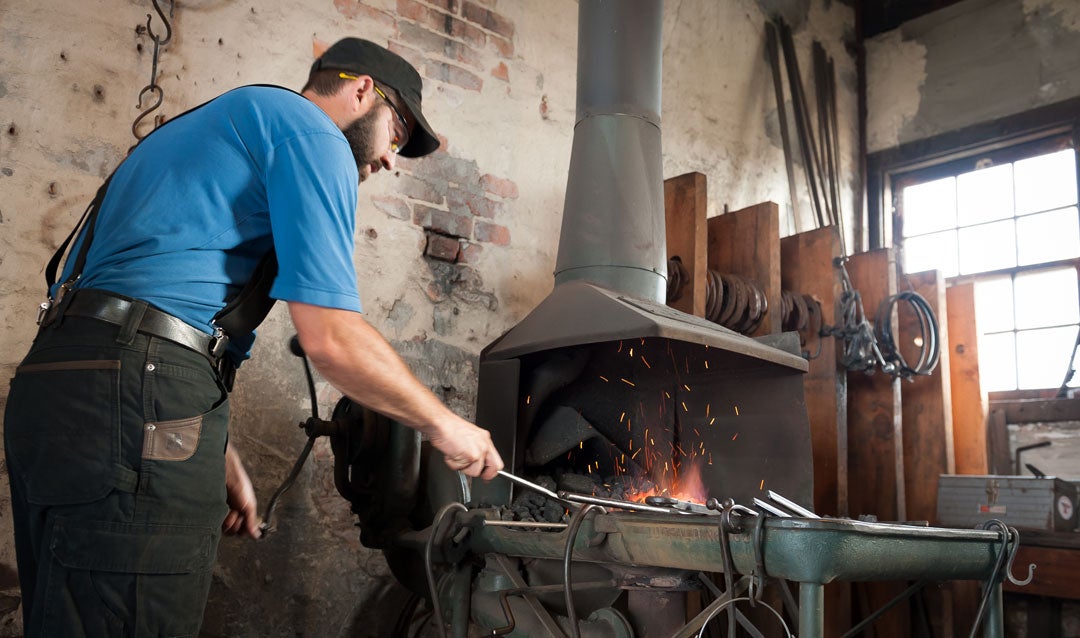 We invite you to watch our blacksmith work and learn more about the craft in Antler Hill Barn. Hours vary seasonally.

Finally, after a few months and a few hundred roses, Steve felt confident enough in the design—more specifically, in his ability to replicate the design over and over—and the product hit the shelves of The Barn Door.

And the rose hooks are selling just as fast as Steve can make them. He brings a handful of rose hooks to The Barn Door every morning and they’re gone by the afternoon. In the first two weeks, the shop sold more than 50 hooks, making it their best-selling item. 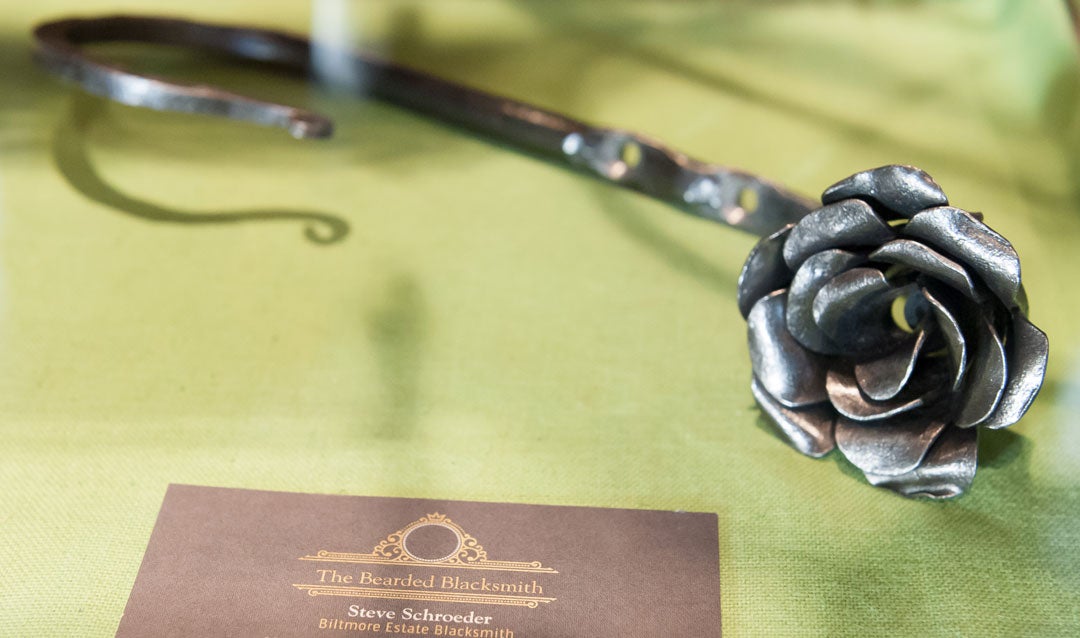 Our blacksmith’s rose hooks sell out incredibly quickly and because of the nature of the craft, they’re only available on the estate.

As a result of this estate collaboration, the product’s footprint is almost non-existent. When a batch of rose hooks is ready, Steve simply walks them next door to be sold—no additional carbon emissions, packaging, or waste involved. The rose hooks don’t even have price tags.

On your next visit to the estate, be sure to make time to visit our blacksmith Steve Schroeder at Antler Hill Barn, then pop in The Barn Door to take home a truly unique piece of Biltmore.

There are more than 8 great reasons to visit Biltmore this fall,...