Bill Alexander, Biltmore’s Landscape and Forest Historian, retired in 2018 after 40 years in the fields and forests at surrounding America’s Largest Home®.

He assures us, however, that he’s never more than a phone call away and he continues to work on projects that will keep him returning to Biltmore Estate and its magnificent Blue Ridge Mountain “backyard!” 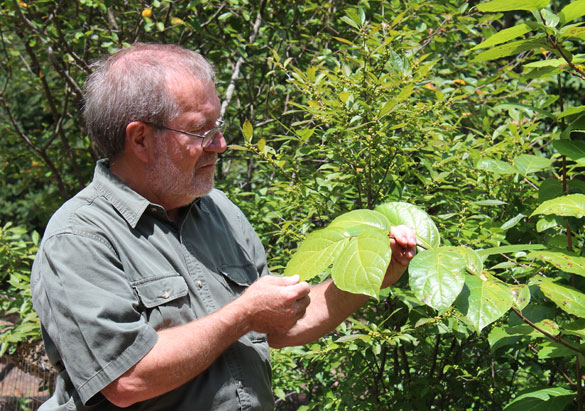 His love of Biltmore Estate, located in Asheville, NC, began in childhood, growing up close to the main entrance of the property. Some of his earliest memories are of seeing deer in the surrounding woods and visiting Biltmore’s calf barns.

“As a child, I didn’t know that Frederick Law Olmsted designed the landscape, but it had me from the start,” Bill said. “I loved the wilder areas. It’s where I developed my interest in trees and flowers.” 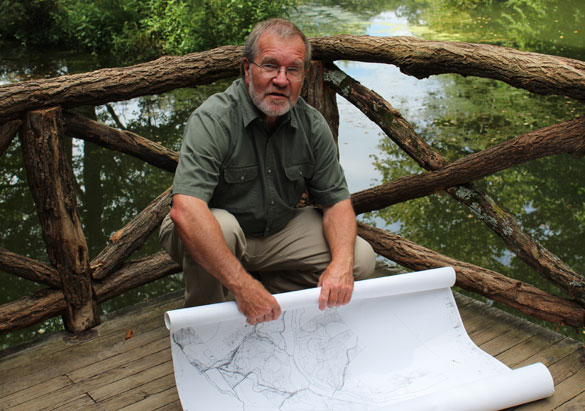 Becoming a landscape and forest historian

In 1978, Bill met Biltmore’s general manager who encouraged him to consider the estate as a career option. After completing his forestry and wildlife management degree, Bill became one of two education horticulturists for Biltmore.

He rose to become the Conservatory and Walled Garden manager. Later, he also oversaw landscape and forest management, and eventually became the estate’s landscape curator and historian. 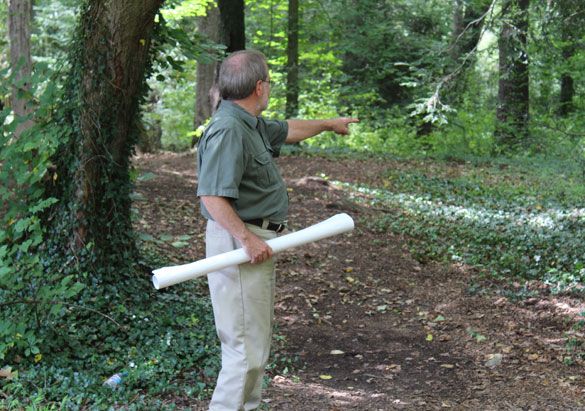 The importance of Olmsted

Bill also developed a deeper appreciation for Olmsted, which led to research trips to study the landscape architect’s work and papers at other locations—and a lot of sifting through materials in Biltmore’s archives. 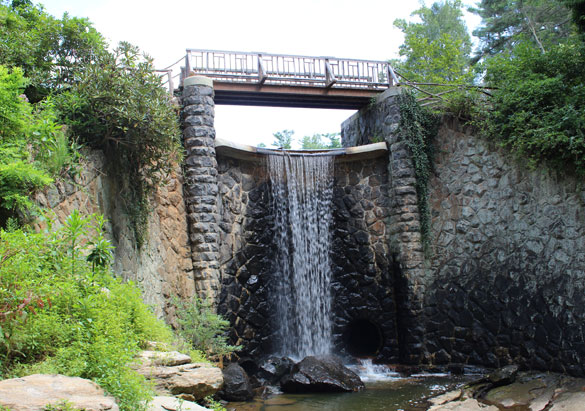 “The more I researched Olmsted the more I realized how important Biltmore was in his life. We needed his notes and plans to help others understand how to stay true to his designs for Biltmore, so I helped develop guidelines that we use today,” said Bill.

“After completing a book on the story of George Vanderbilt’s Pisgah Forest as the cradle of forestry in this country,” said Bill, “I’m focusing on another project regarding documented accounts of the early settlers, farmers, and landowners prior to Vanderbilt’s purchase of the acreage that would become part of his private estate.”

Through his research, Bill has learned that much of the land encompassed by Biltmore is strongly connected to the early history of Western North Carolina, including an ancient Native American trade route that came through what it is now Biltmore’s Lodge Gate on its way to Tennessee and Ohio. In addition, a village existed 1500–1800 years ago adjacent to that long-ago highway. 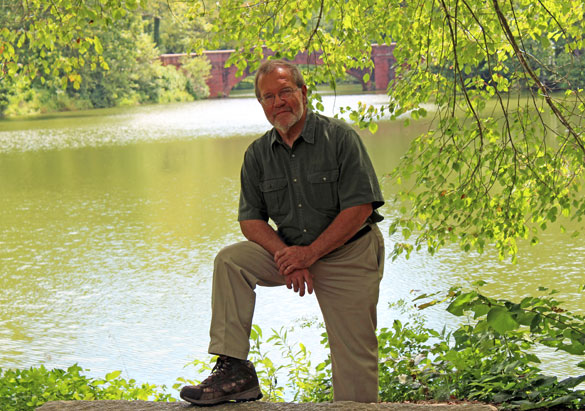 “God willing and granted that my health holds,” Bill said, “I will continue to document and write about the fascinating history of this region. I don’t think there’s another historian who’s had this unique opportunity and experience I have had.”

Featured blog image: Bill Alexander on the wooden bridge over the Bass Pond dam at Biltmore

Did you know Biltmore’s Bass Pond originally had two islands within it?...