From the day she was born, Cornelia Vanderbilt’s birthday was recognized and celebrated on extraordinary scale, one befitting of royalty.

Named in honor of prominent members of both her mother and father’s family, Cornelia Stuyvesant Vanderbilt was born on August 22, 1900 in the grand Louis XV Bedroom in Biltmore House. 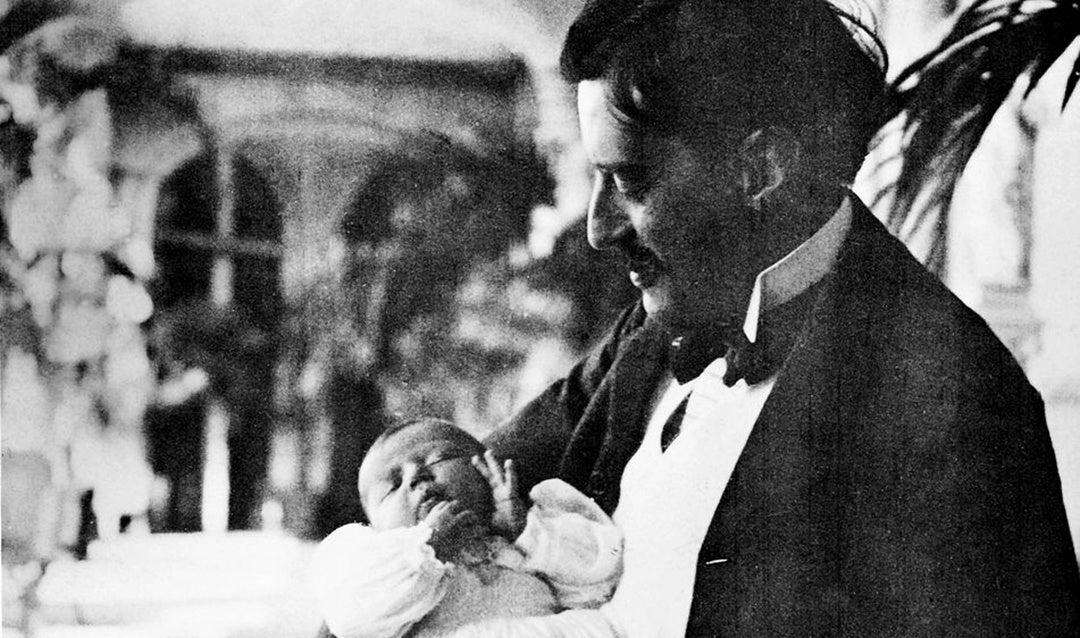 Cornelia’s birth was mentioned in the society pages of newspapers across the country, including the Asheville Citizen, which reported:

To Mr. and Mrs. Vanderbilt a Child is Born

“The advent of a daughter to Mr. and Mrs. George W. Vanderbilt was announced last evening from Biltmore House. The little stranger is a Buncombe baby—pretty as babies go—but with the Buncombe birthright of the mountain health its days of babyhood will dot in dimpled sweetness and the fairy lines of beauty blend in a vision fitting to its home on the grand estate.“ 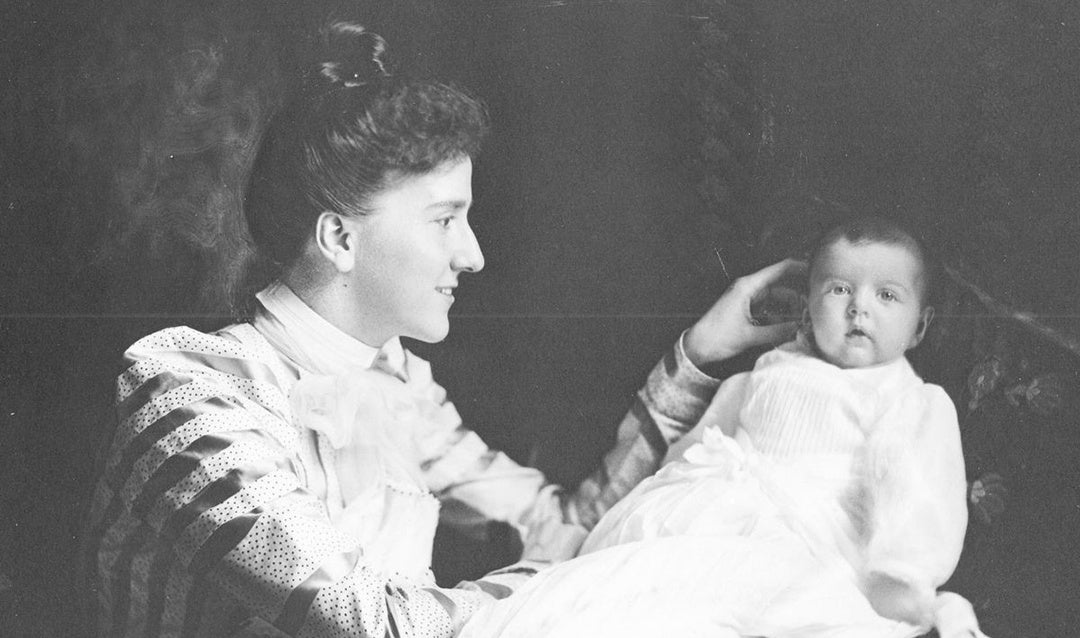 Edith Vanderbilt with young daughter Cornelia around the time of her christening, October 1900

And from the Spartanburg Journal of upstate South Carolina:

“A new star has appeared at famous Biltmore, and the charming mistress of this most gorgeous home is smiling upon her first born, a tiny girl called Cornelia Stuyvesant Vanderbilt…”

Although we have no specific descriptions of birthday parties during Cornelia’s childhood, we do know that she had many playmates among her cousins and the children of families who lived on the estate. 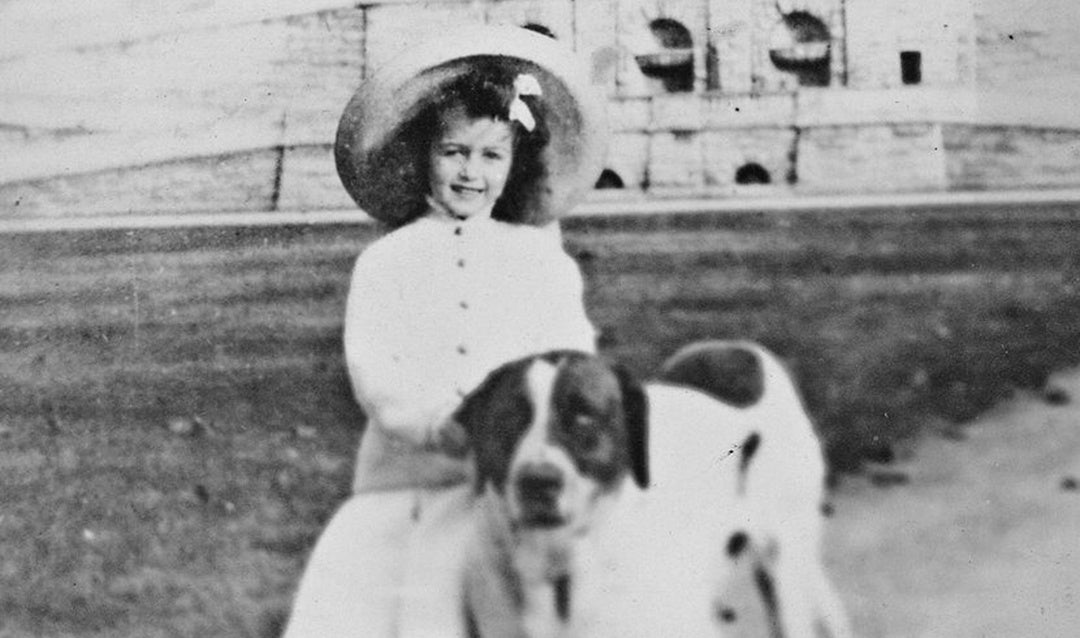 Cornelia Vanderbilt with one of her family’s Saint Bernards on the Front Lawn of Biltmore House, 1905

As Cornelia Vanderbilt grew older, her birthday parties became grand events. Her twenty-first birthday on August 22, 1921 began with a surprise gathering of 250 estate workers and tenants at 7 a.m. at Biltmore House. The staff clearly had a deep affection for Cornelia, and many of their children had been her playmates since her birth.

As part of their surprise for Cornelia, whom they had watched mature into a sophisticated young woman, the employees improvised a band that played old-time dance tunes. The group then presented Cornelia with a game-bag as a gift. Later that same evening, more than 200 guests attended a masquerade party at Biltmore House in Cornelia’s honor. 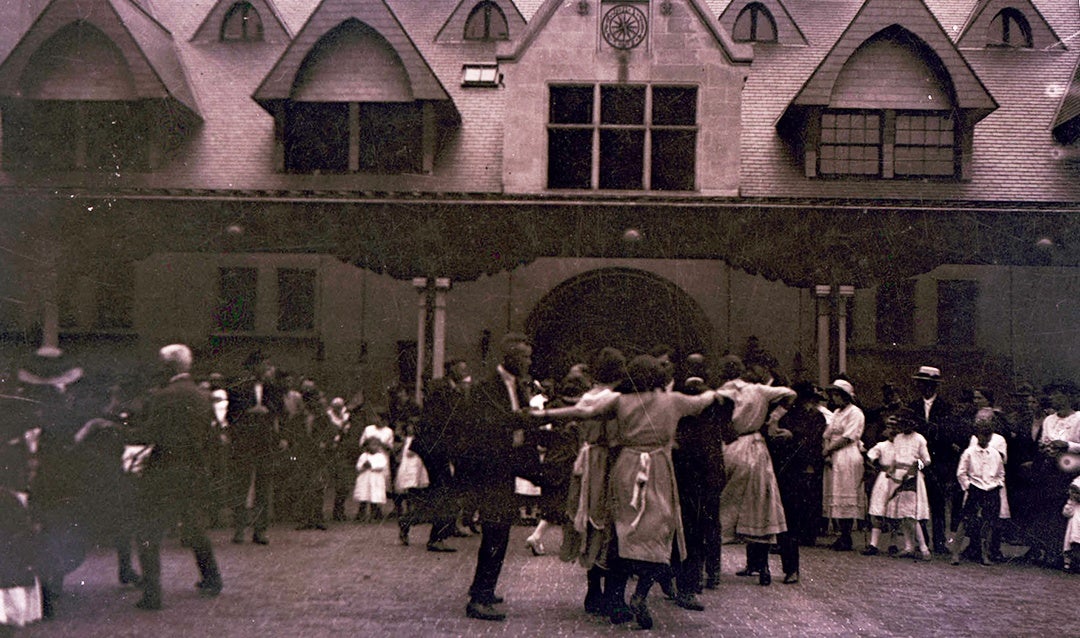 The Asheville Citizen-Times published the following account of the occasion:

“Miss Vanderbilt is accorded honors on reaching majority; masquerade party given on Monday at mansion.

Miss Cornelia Stuyvesant Vanderbilt reached her 21st birthday Monday and was accorded honors becoming the lady of Biltmore mansion. Monday night a large masquerade was given and guests were present in large numbers.

The social calendar for the week started with one of the most brilliant of the season’s entertainments, the fancy dress ball, given the Monday evening at Biltmore House by Mrs. George Vanderbilt in honor of the birthday of her daughter, Miss Cornelia Vanderbilt. Dancing was enjoyed in the sunken garden where masses of ferns and palms made a pleasing and charming background for the two hundred or more fascinating and gorgeous costumes of the guests. The Garber-Davis orchestra from Atlanta provided the dance music. Late in the evening supper was served in the banquet hall. A special feature of the entertainment was that the assemblage of the guests, at the commencement of the evening, a closed sedan chair was brought in by four attendants, and as the curtains were drawn, Miss Vanderbilt stepped forward in a most attractive costume of a page of the period of the French Renaissance.“

Cornelia’s birthdays continued to be stunning occasions, even after she married the Honorable John Francis Amherst Cecil in 1924. 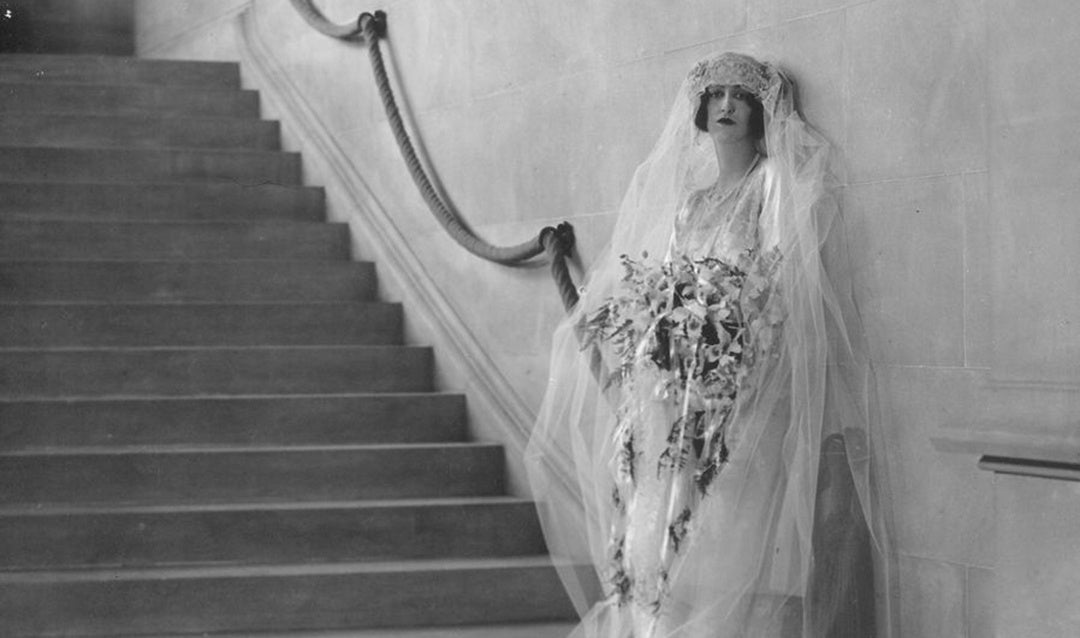 The Asheville Gazette reported on celebrations for Cornelia’s 25th birthday:

“On Friday, August 22, 300 employees attended a garden party and tea at 4 pm with dancing to Guthrie’s Orchestra.  Biltmore Dairy employees gave Cornelia a surprise birthday gift of a giant ice cream cake—4’ high and 2’ square at the base—made of 26 gallons of Biltmore Dairy ice cream.  It “consisted of alternate layers of chocolate parfait, Lady Ashe ice cream, and a covering of vanilla mousse.  The cake was studded with roses and lilies and also bore the inscription ‘May your joys be as many as the sands of the sea.’”

Cornelia celebrated the following evening with an open-air ball for 300 people at 9:30 p.m. Guests danced in a pavilion to the Charles Freicher Orchestra. The lawn was lit with Japanese lanterns placed in trees and shrubbery. 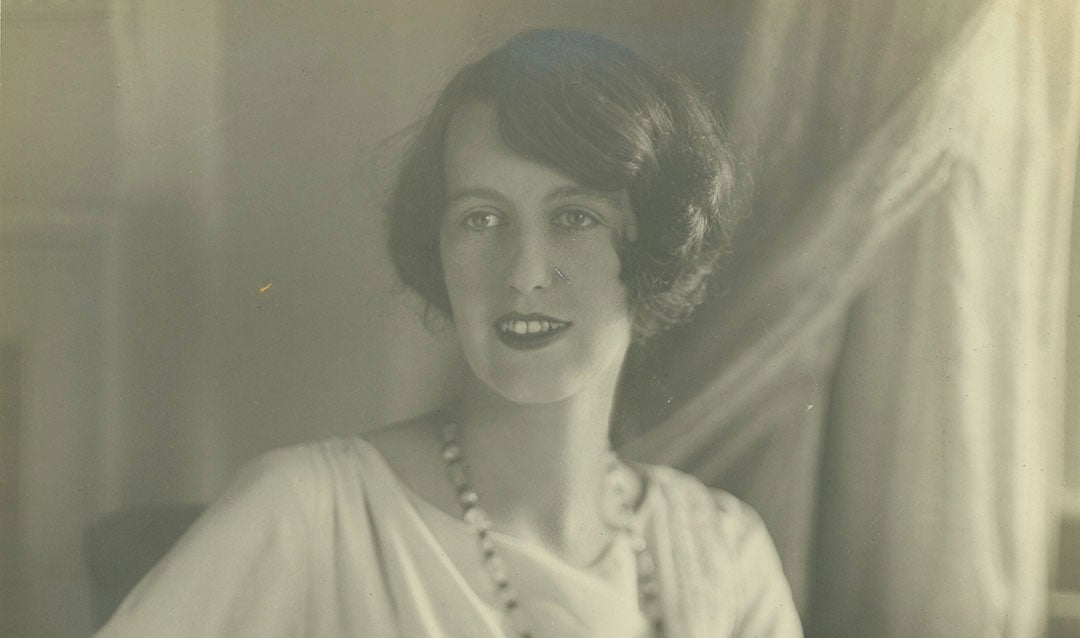 The Gazette further noted that, “the beautiful array of summer gowns of the many dancers made a scene as beautiful as that of gay moths and fireflies in a fairy garden,” and a buffet supper was served at midnight.

Although we have no further descriptions of Cornelia’s birthday parties, we are sure they were often celebrated in style. From her earliest days as the “Biltmore Baby” to her life as a celebrated socialite of wealth and style, Cornelia Vanderbilt Cecil exemplified the Roaring 20s and the Jazz Age that still fascinate us today.

I’m intrigued- what was Lady Ashe ice cream? Thank you for your reply.

Dear Glo,
Thank you for your question. Unfortunately, we do not know the flavor or have a recipe for the Lady Ashe ice cream that was served at Cornelia Vanderbilt’s birthday party.