The Legacy of John Cecil

Of all the romantic celebrations held on the estate, none has been quite as spectacular the April 29, 1924 wedding of Cornelia Vanderbilt to British diplomat John Francis Amherst Cecil. Hundreds of invitations were extended to friends and family, and the guest list included many well-known public and diplomatic figures of the time.

The couple first met in Washington, D.C. where Cornelia and Edith Vanderbilt spent a great deal of time in the years following George Vanderbilt’s death. The Honorable John Francis Amherst Cecil was a career diplomat stationed at the British Embassy, and was the third son of Lord Cecil and the Baroness Amherst of Hackney. He was a descendant of William Cecil, Lord Burghley, who was lord high treasurer to Queen Elizabeth 1. Ten years older than Cornelia, John Cecil was one of a group of eligible gentlemen known as the “British bachelors” in the capitol’s social circles.

Cecil grew up in the English countryside of Norfolk. He studied history and international law at the New College of Oxford University before becoming a member of the British diplomatic corps. Cecil served in Egypt, Spain, and Czechoslovakia before being posted to Washington where he rose to the position of first secretary at the British Embassy. Shortly before his marriage to Cornelia Vanderbilt, he resigned his position, announcing that after the wedding he would make Biltmore his primary residence and would take an active role in managing the estate. 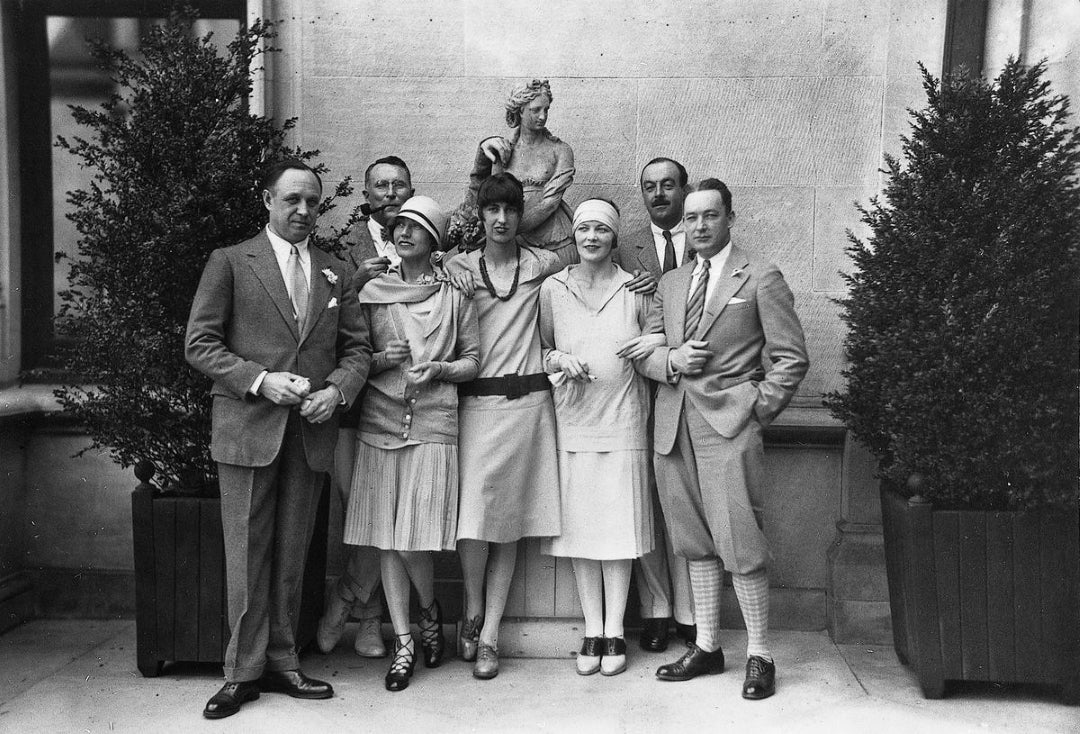 Cornelia Vanderbilt (front center) and John Cecil (back right) at party with friends in front of Biltmore House, 1925

The couple lived at Biltmore, continuing the legacy of hospitality for which the estate was known, as well as managing the property and farming operations. During the Great Depression, in a bid to boost the local economy and bring tourists to the region, the Cecils worked with the Asheville Area Chamber of Commerce to open Biltmore House to the public.

Although the Cecils divorced in 1934, John Cecil remained at Biltmore, enjoying the life of a country gentleman as well as taking an active role in the management of Biltmore House and becoming involved with several community organizations from the Biltmore Hospital to All Souls’ Church. Together with Edith Vanderbilt Gerry and Judge Junius Adams, John Cecil provided leadership for The Biltmore Company, which was organized in 1932 to manage the estate. He returned to his native England during World War II as Minister of Information, but took up residence at Biltmore again when the conflict ended.

According to an excerpt from the book Lady on the Hill, John Cecil “had a deep appreciation for the treasures in the house and entertained his guests by translating the Old Latin woven into the tapestries. He brought a sense of British propriety to the chateau’s new role as tourist attraction with an approach that was both Old World and Madison Avenue. For example, he insisted that the staff place fresh-cut flowers in the rooms opened to visitors to discount the appearance of a dusty museum. His philosophy became a standard throughout Biltmore’s public life.”

Today, we honor John Cecil’s contributions to the legacy of Biltmore with the John Francis Amherst Cecil Scholarship established in his honor. His great contributions to the estate after the war enabled the property to remain private and intact. This scholarship is a tribute to his devotion to the preservation and well-being of Biltmore and its employees, and the scholarship helps assist the dependents of Biltmore employees with the rising costs of higher education.