Sometimes it’s the smallest detail that makes an object stand out in your mind. That’s the case with this week’s favorite thing for a member of Biltmore’s Museum Services staff. We invite you to visit soon to admire the details in Biltmore House and discover your own personal favorites! 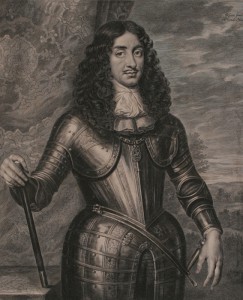 Laura Cope Overbey, Collections Manager in Museum Services, joined Biltmore 14 years ago as the Associate Collections Manager and has been in her current position since 2008. Her job gives her a close look at items in the collection. Among the thousands of objects she has seen, two prints stand out for a special reason—even if most guests never even notice them.

“Mr. Vanderbilt collected more than 1,300 prints that are in our collection today,” Laura said. “My favorites are two prints of Charles II hanging on the west wall in Mr. Vanderbilt’s Bedroom.”

According to Laura, the prints appear to be identical and are by the same artists, 17th-century Dutch painter Pieter Nason and Dutch printmaker Cornelis van Dalen II. Both date from the early 1660s and depict Charles II in the same stance, outfit, and background. 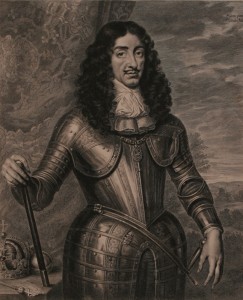 Yet, there is a slight difference between the two prints; one has the addition of three small objects in the bottom left corner—a crown, orb, and scepter. And those objects tell a fascinating story about the life of the English king.

“In 1660, the political tide changed and the English wanted to reinstate the monarchy. These prints illustrate this transition: the first shows a king without a country, and the second shows a king fully restored with the crown and country,” she said.

If you’re looking for a special way to celebrate your dad, Biltmore...