Solving a Mystery in the Kitchen Pantry

Solving a mystery in the Kitchen Pantry at Biltmore took some detective work, but our Museum Services staff finally cracked the case!

“Among the many place settings of china in the Biltmore collection, one set had remained a mystery for many years,” said Lori Garst, Curatorial Assistant. 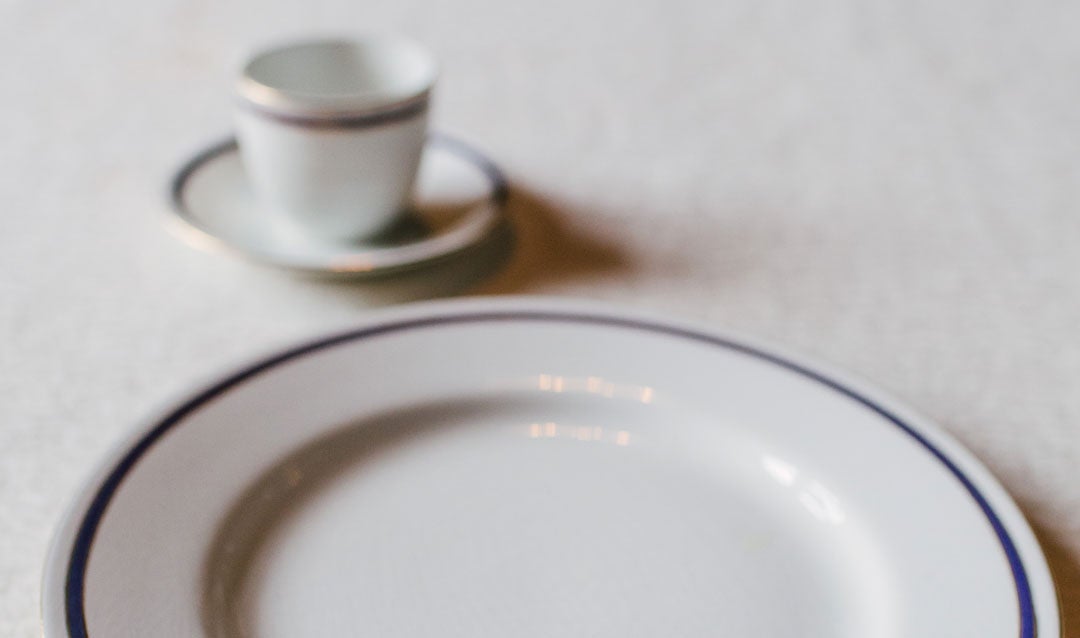 A cup, saucer, and plate from the collection of unidentified china 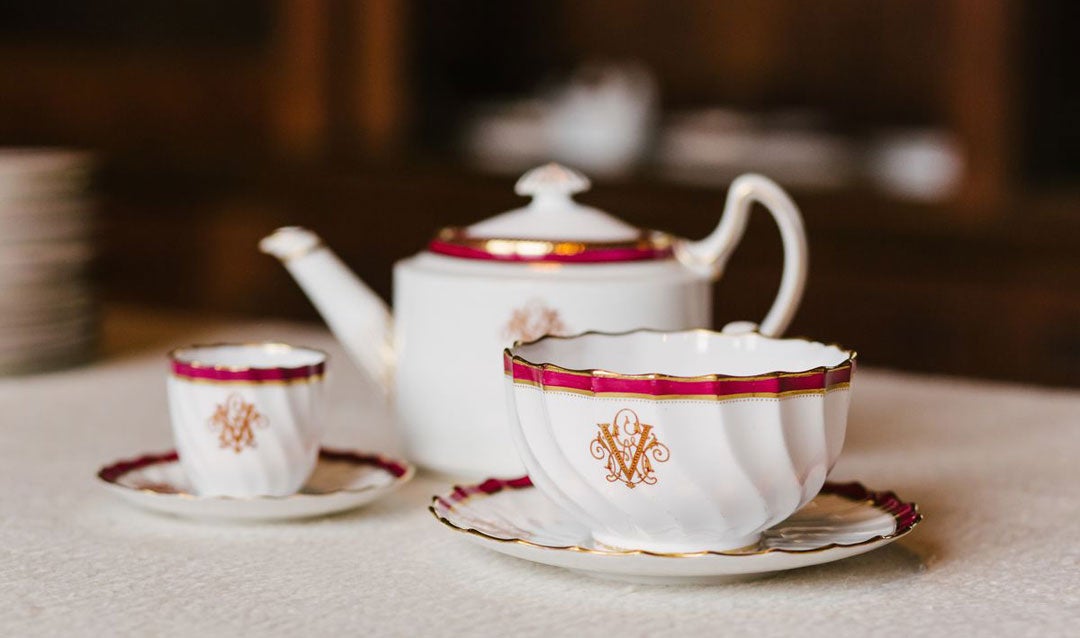 “Most of the china in Biltmore House was chosen by George Vanderbilt,” Lori said. “He selected an elegant white china with a burgundy and gold pattern, manufactured by both Minton and Spode-Copeland. It features his monogram and was used every day for family and guest meals.”

Cornelia Vanderbilt’s china matches her father’s pattern but includes her own CSV monogram. 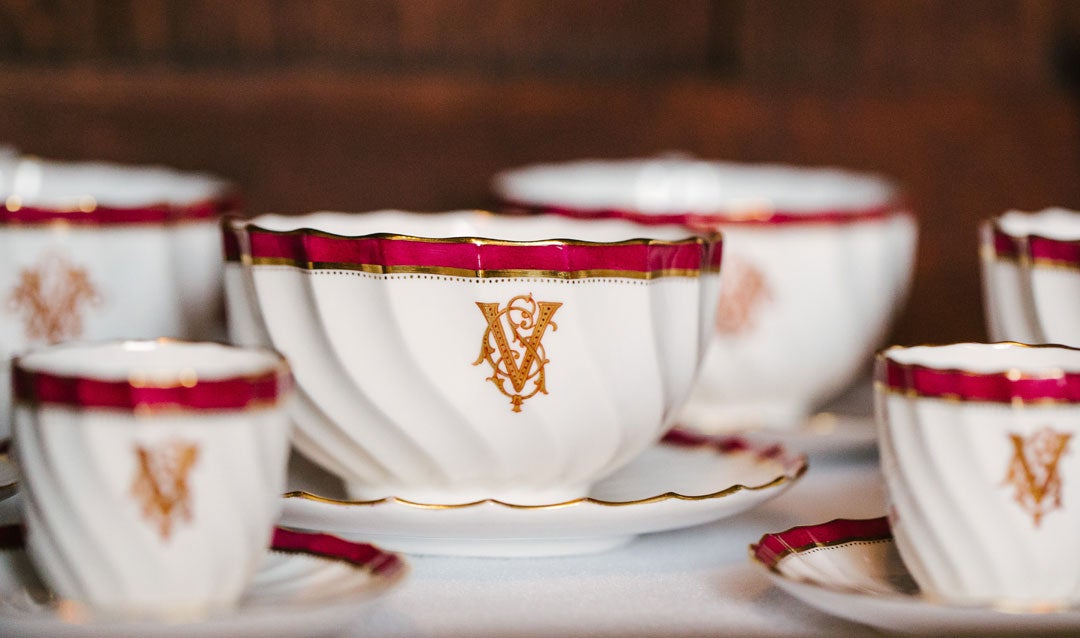 While Cornelia Vanderbilt’s china closely matches the pattern her father selected for use in Biltmore House, their monograms distinguish one set from another

“We know that Edith Vanderbilt ordered Cornelia’s china in 1923,” said Lori. “And Mrs. Vanderbilt requested that Cornelia’s monogram be in the same style as her father’s.  I think it is sweet that her service blended in with the style her father had chosen.”

But what of the mysterious china collection on the shelves of the Kitchen Pantry in the Basement?

Museum Services began to look for clues about its history. While not as fine as the monogrammed Vanderbilt china, the gold-trimmed white pattern rimmed in crisp navy was definitely elegant and the amount of it suggested it had been purchased with a large number of people in mind. 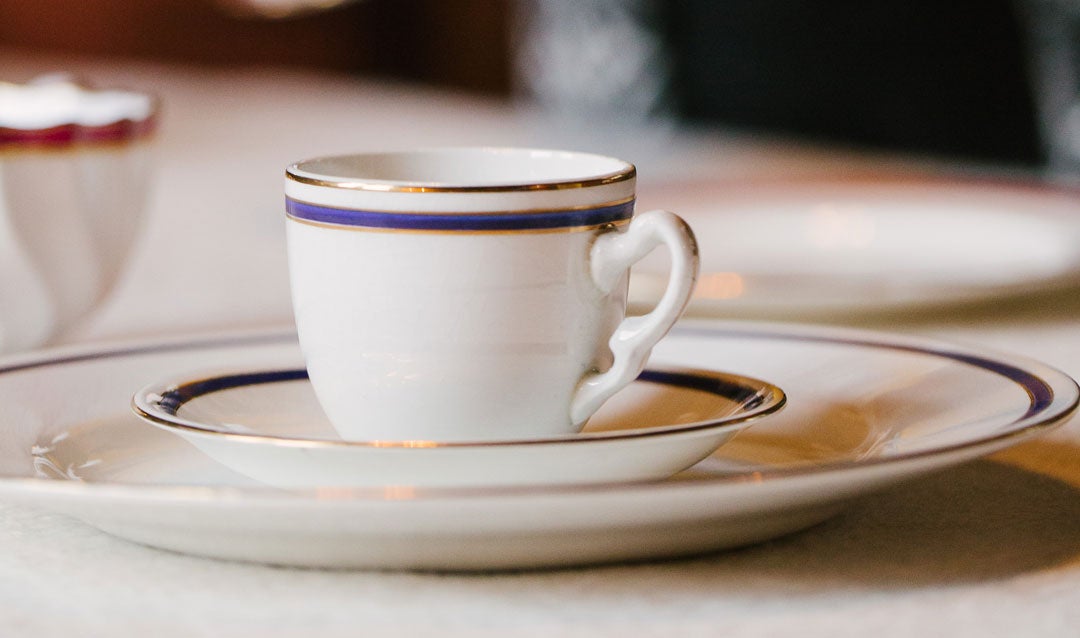 Trimmed in gold and rimmed in navy, this china is elegant, but more sturdy than the monogrammed family china in the collection

“We began with the manufacturer’s mark on the bottom of each piece,” said Lori. “Kniffen & Demarest Co. manufactured hotel and steam ship supplies, so the china was well-made and rather sturdy to stand up to use by guests and passengers in public settings.” 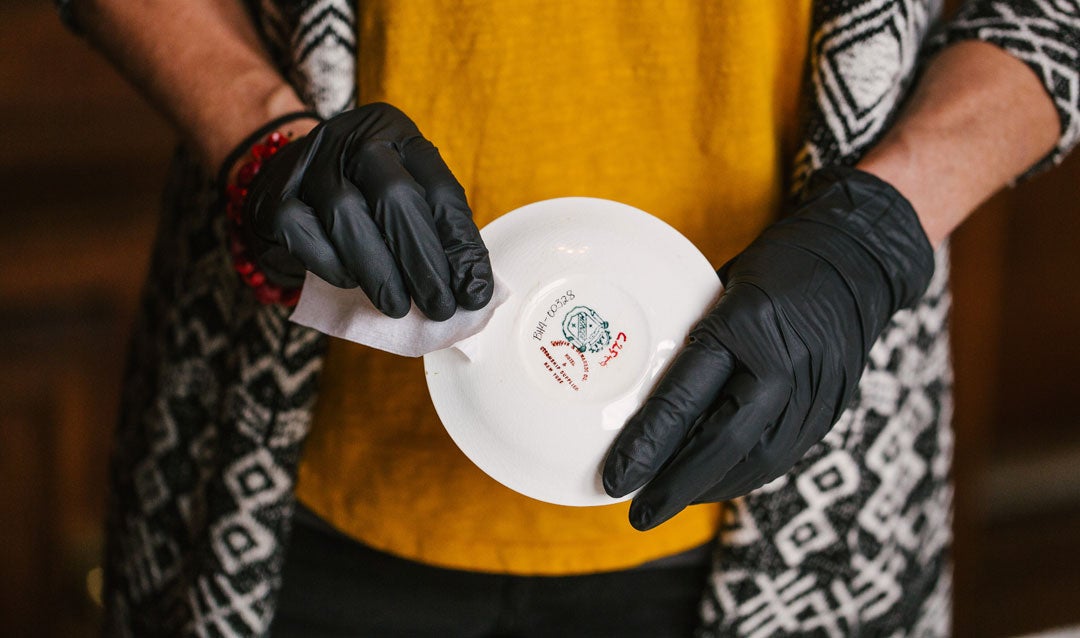 A conservator shows the Kniffen & Demarest Co. name on a piece of the so-called mystery china

While Museum Services was researching details for our Fashionable Romance: Wedding Gowns in Film exhibition, they finally discovered written references to the china in conjunction with Cornelia Vanderbilt Cecil’s wedding.

“This set was also sometimes referred to as ‘the wedding china,’ but we never knew which of its three names was correct until recently,” said Lori. “The pieces came together at last, and we realized that this was the china that had been ordered for the buffet at Cornelia Vanderbilt and John Cecil’s wedding breakfast.” 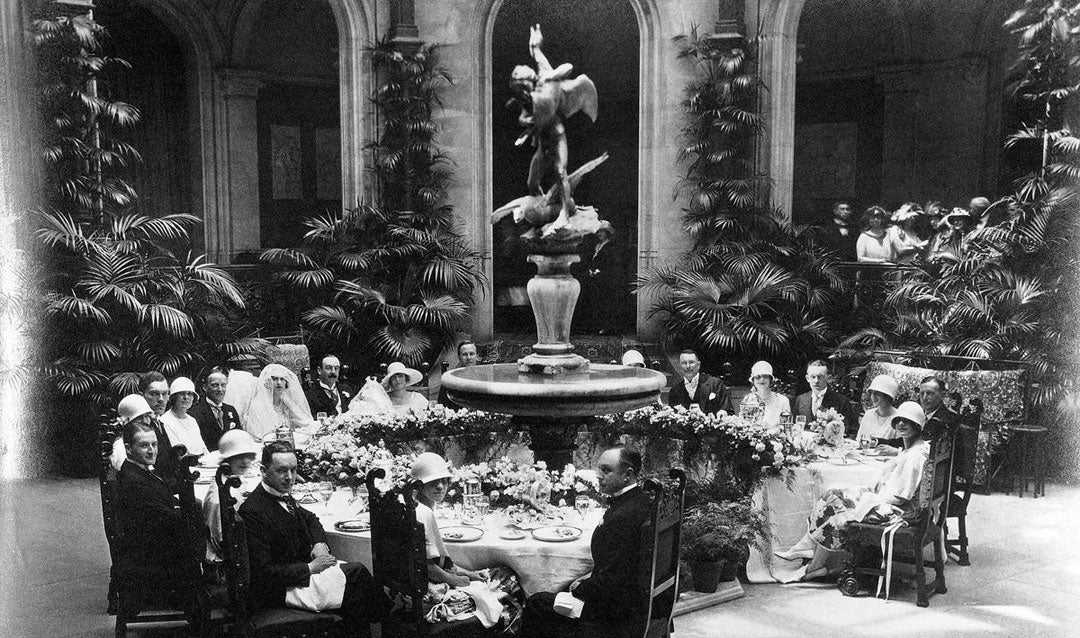 The newlyweds and their attendants were served at a table in the Winter Garden, and all the other guests enjoyed a buffet in the Banquet Hall, which featured this china.

As the years passed, the Kniffen & Demarest china was still used, but its original purpose was forgotten.

Today, it’s stored in the Kitchen Pantry where it receives the same care and attention as all the other china in Biltmore’s collection.

Enjoy your own Vanderbilt china service 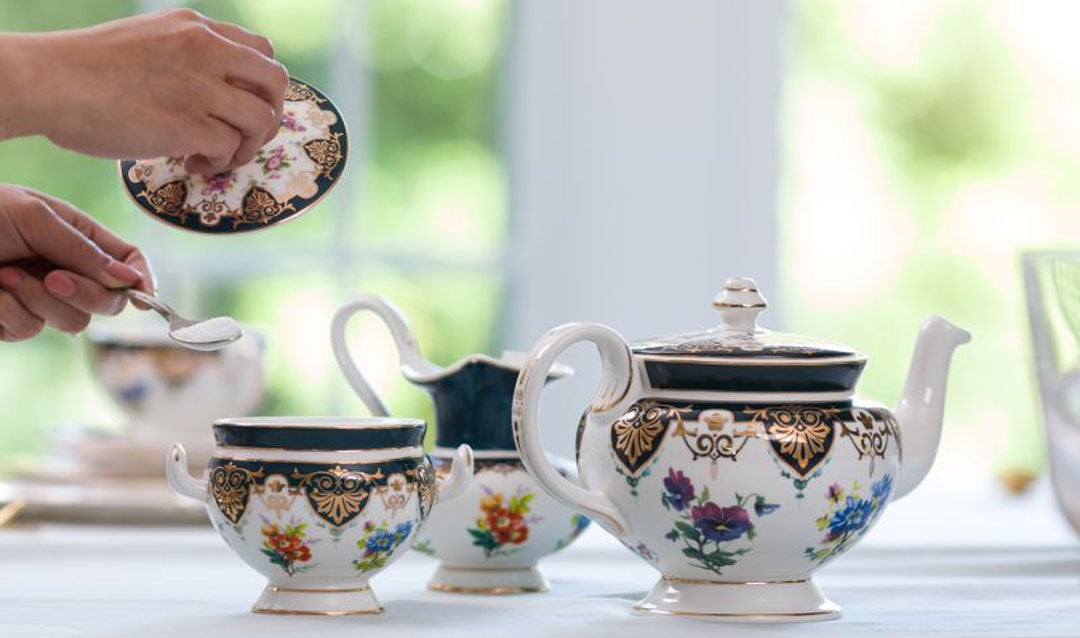 Whether you prefer a tea service or an entire place setting, this beautiful porcelain serveware is based on a Sevres pattern, circa 1888, that the Vanderbilt family once used at Biltmore. The original is on display in the Oak Sitting Room, but you can now enjoy the reproduction set in your own home.

What a wonderful piece of detective work! I love china and it’s great fun seeing some of their sets. Hard to imagine ordering china for 3,000!

Can you imagine the inward groans those who had to unpack & wash china for 3000+ kept inside? ??