Our Interpretive Hosts are integral to visits to Biltmore House in Asheville, NC. Whether you’re enjoying the main tour route of America’s Largest Home® or exploring via one of our more in-depth, behind-the-scenes tours, these trained storytellers strive to offer an accurate and entertaining interpretation of Biltmore’s history and collections.

But did you know that Interpretive Hosts weren’t always part of the Biltmore House experience? Let’s take a look back at the history of touring Biltmore, which began before the house was even opened. 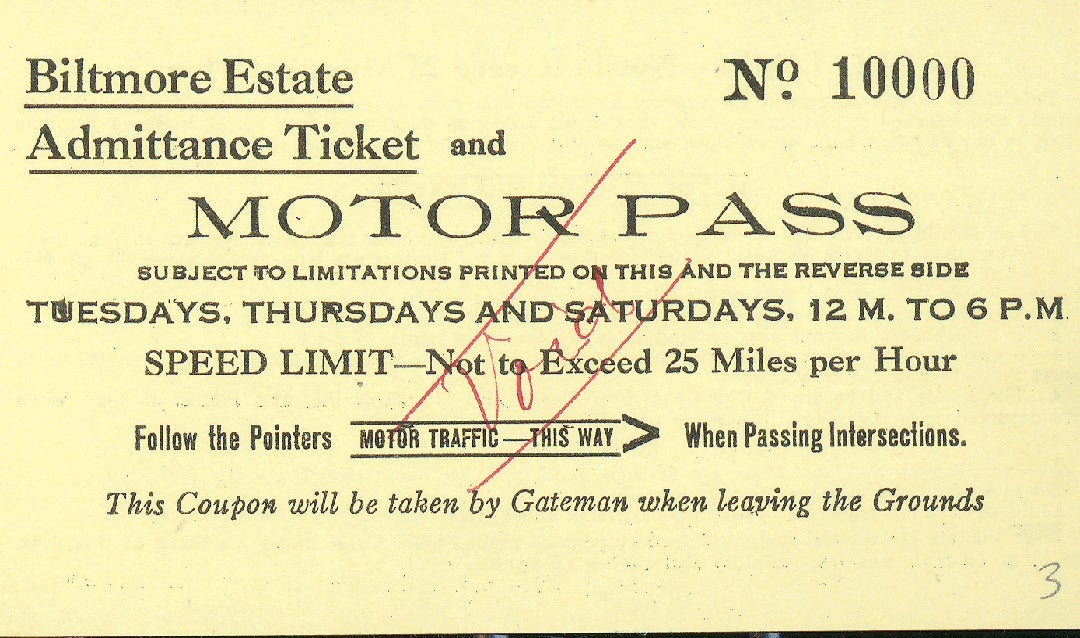 Visiting the Gardens & Grounds of the Estate

According to archival correspondence, George Vanderbilt allowed the public to drive on estate roads as early as 1894—before the construction of Biltmore House was even completed!

But it wasn’t until October 1903 that a formalized pass system was developed, which included an admission cost for everyone, except select guests of the Vanderbilts.

The reverse side of these original estate tickets included the following regulations:

And the admission rates at this time were as follows: 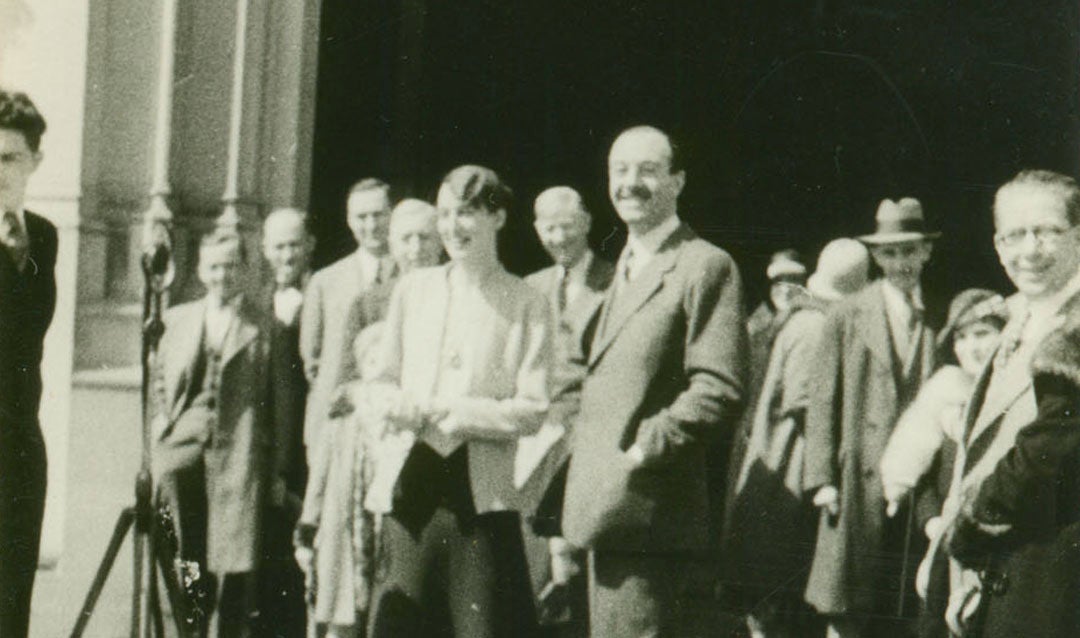 Cornelia Vanderbilt Cecil and John A. V. Cecil (center) at the public opening of Biltmore House, 1930.

In 1930, George Vanderbilt’s daughter Cornelia and her husband John A. V.  Cecil opened Biltmore House to the public. This decision was made in response to requests to increase tourism in the Asheville area during the Depression and to generate income to preserve the estate.

This milestone was a fundamental shift in the way the public was able to experience Biltmore. Previous to this, only select guests of the Vanderbilts were fortunate enough to see the interiors of America’s Largest Home® and the invaluable collection it housed.

“Mr. Cecil and I hope that through opening Biltmore House to the public, Asheville and Western North Carolina will derive all the benefit they deserve and that the people who go through the house and the estate will get as much pleasure and enjoyment out of it as Mr. Cecil and I do in making it possible. I also want to say that we both feel in doing this, it is a fitting memorial to my father. After all, it was his life’s work and creation.”

— Cornelia Vanderbilt Cecil’s welcome speech at the opening of Biltmore House, March 15, 1930, as quoted in the Asheville Citizen 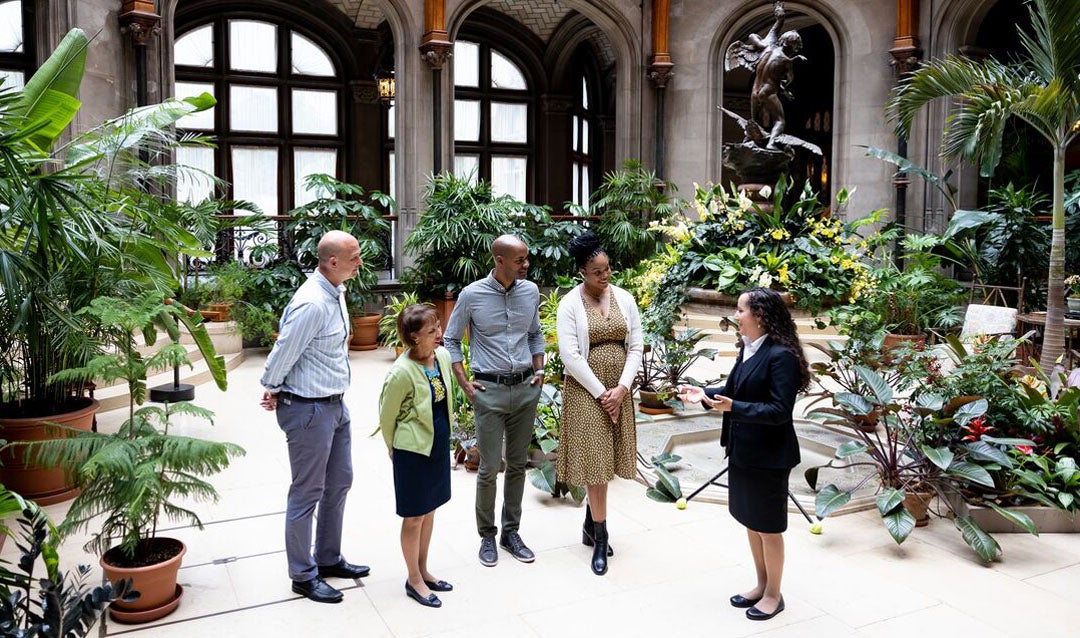 One of our Biltmore Interpretive Hosts leads a small group tour in the Winter Garden.

In the late 1980s, hosts were introduced to the Biltmore House experience. For the first time, guests were offered accurate information about the collection, the Vanderbilt family, and the house itself.

Today, our Interpretive Hosts undergo extensive training to ensure they have knowledge about every object on display—yet they do not follow a script, making each of their interactions with our guests truly unique.

We invite you to discover all of our wonderful tour offerings at Biltmore House, and enjoy a one-of-a-kind experience every time, thanks to our talented Interpretive Hosts.