Cedric, a smooth coat St. Bernard, was a loyal companion to George Vanderbilt. Though we aren’t sure exactly how George came to own Cedric, we do know he was brought to the estate from Point d’Acadie, George’s summer home in Bar Harbor, sometime around the opening of Biltmore House in 1895. Cedric was likely 1-3 years old at this time. 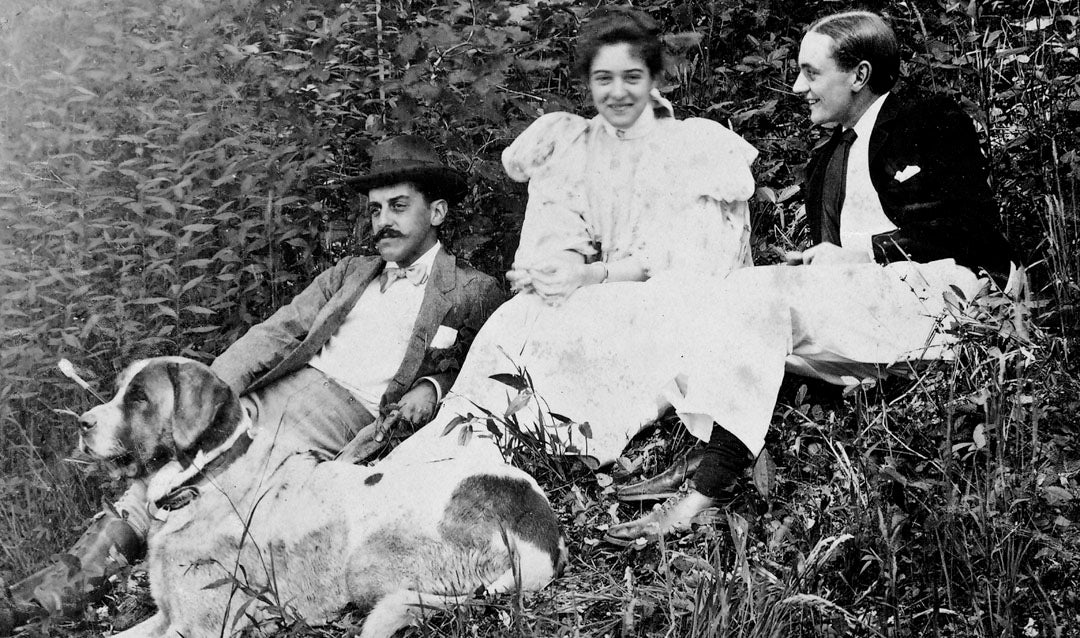 Cedric, George Vanderbilt, and honeymooners Jay Burden and Adele Sloan, George’s niece, June 1895. This is one of the earliest photos of Cedric in the Biltmore House collection.

Archival records reveal that Cedric received a lot of leeway around the estate. Correspondence from Biltmore House guests indicates that he had free reign on the first floor. He could often be found sunning on the Loggia or laying in the Library. He’s also seen in a number of pictures taken outdoors during Biltmore’s early days. 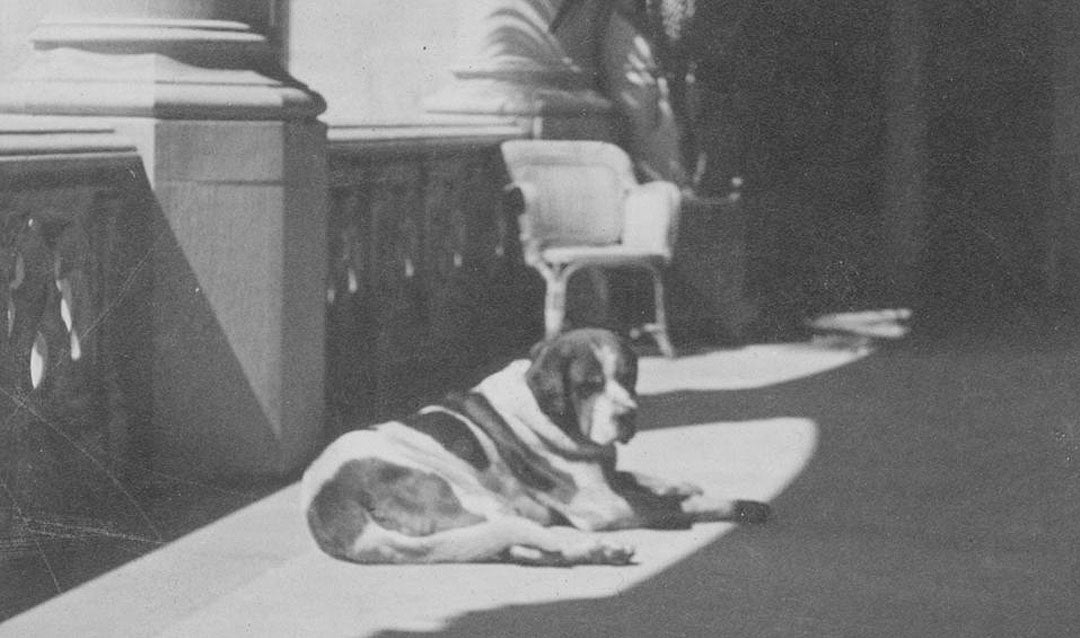 Cedric sunbathing on the Loggia, ca. 1900. The massive St. Bernard was known to lounge and sometimes snooze in various locations through the first floor of Biltmore House.

Cedric was a true member of the Vanderbilt family and was treated as such. In addition to a couple of close friends and employees, Cedric was one of the few attendees at a private ceremony during which George and Edith Vanderbilt oversaw the planting of a commemorative tree to honor the birth of their daughter Cornelia in 1900. 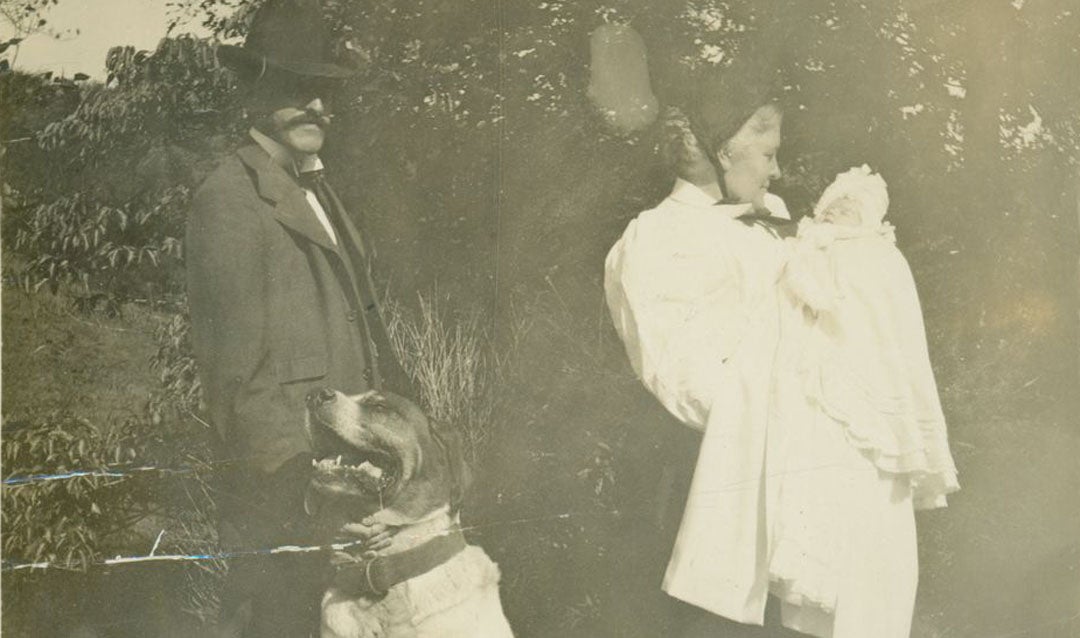 George Vanderbilt, Cedric, and Cornelia Vanderbilt being held by her nanny at the planting of Cornelia’s “Baby Tree”, October 1900. The photograph was likely taken by Edith Vanderbilt.

By 1901, there was a whole family of St. Bernards living at Biltmore, all adored by the Vanderbilts and their guests alike. In a letter to his wife, Joseph Hodges Choate, the American Ambassador to Great Britain and Biltmore House guest, wrote:

“I shall not attempt to describe the house, which is obviously the finest in America, but the dogs are truly magnificent … I wish you could see these great St. Bernards—five of them, father, mother and three children, all big and splendid.  They seem to fill the billiard-room and are most affectionate.” 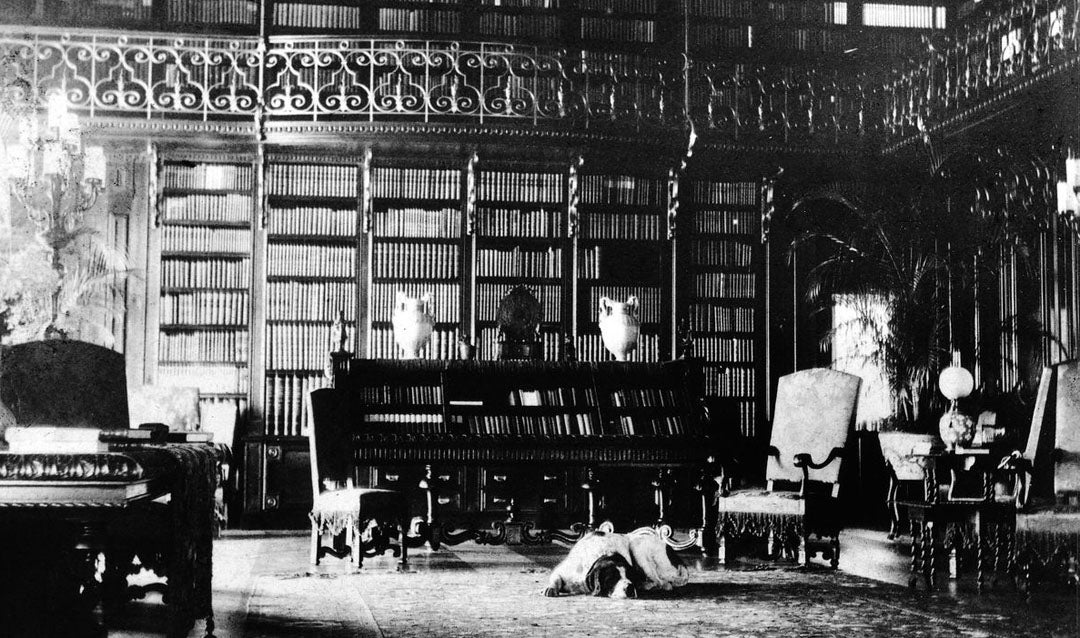 Cedric dozing in the Library of Biltmore House, ca. 1896. The beloved St. Bernard was known to sprawl out and relax where ever George Vanderbilt was. 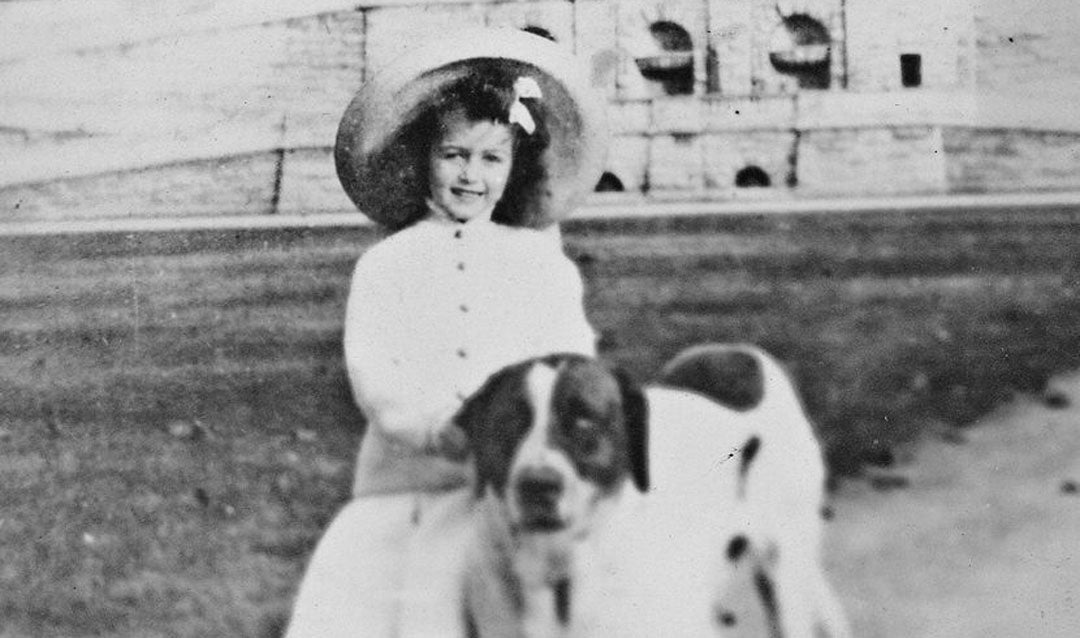 Sadly, Cedric died in 1902 at Buckspring Lodge, where he was buried. To commemorate the occasion, Biltmore House guest Charlotte Pendleton wrote a poem in his honor, entitled Cedric: A Sonetto in Rondo, in the Nonsense Book. 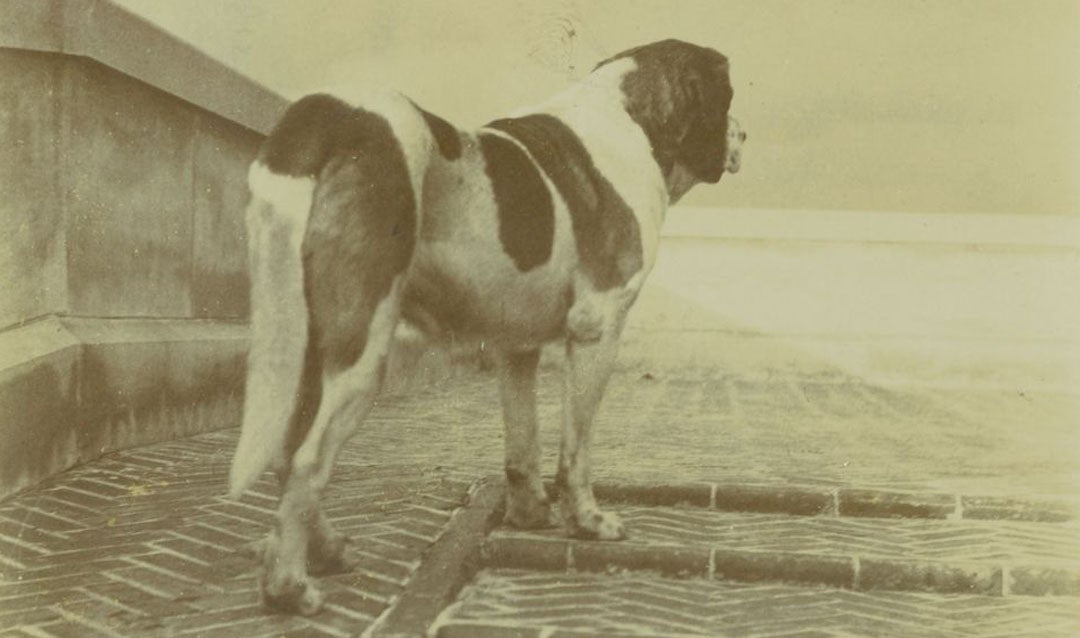 Cedric on the Rampe Douce of the Esplanade in front of Biltmore House. This photograph accompanied a poem in the Biltmore House Nonsense Book honoring Cedric when he passed away in 1902.

The Moses of your canine race

On Pisgah’s sapphire heights you strayed

Among her pink beds low you laid

Upon the high and lovely place;

You down to die where there is space,

With plumed crest and views that braid

Their columned stems with waving grace.

For your great body to lie down

On beds of spicy needles, brown, 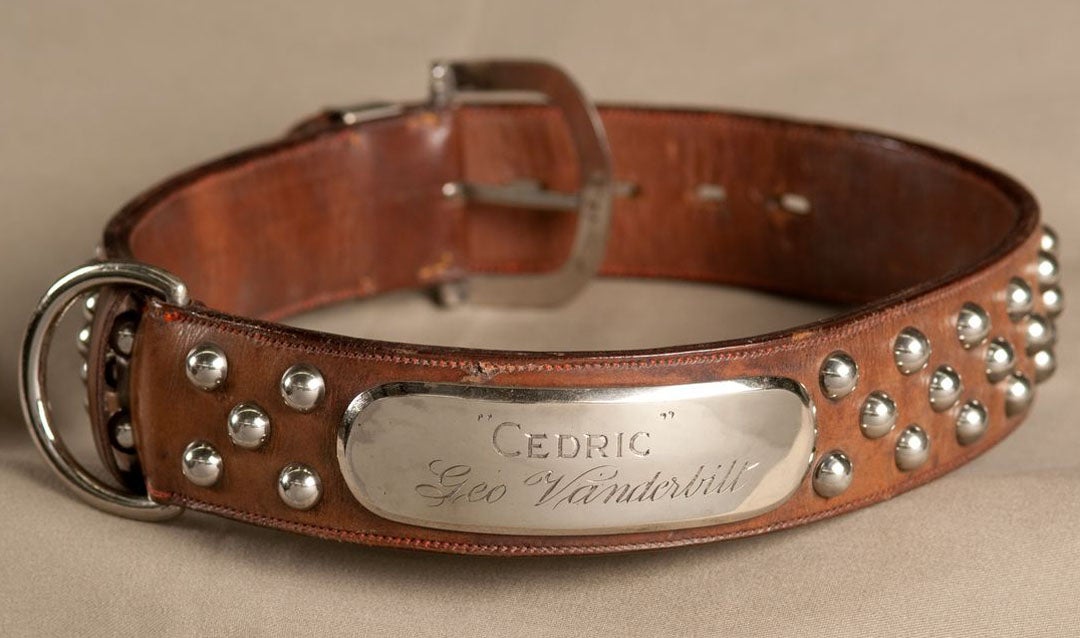 Measuring more than 33 inches around, Cedric’s original leather collar attests to the impressive size and heft of the Vanderbilts’ favorite breed.

Today, we honor the legacy of Cedric the St. Bernard, Biltmore’s very good boy, with his eponymous restaurant: Cedric’s Tavern in Antler Hill Village. On your next estate visit, be sure to check out the many photographs of Cedric on the tavern’s walls as well the display of his impressive leather collar.

Now, I have a question. Having seen Cedric and other St. Bernard’s at Buckspring…how were they transported? Did they run along with the horses all the way from Biltmore House, which was something like an 8 hour journey, or were they transported on supply wagons, what? After the automobile road was completed in 1910, I’m sure they jumped into the back of the car, (maybe), but before?

Hi, Ted! We’ll share your question with Museum Services and see if they know the answer.

What and where is Buckspring?

Dear Paulette,
Buckspring Lodge was the Vanderbilt family’s rustic summer retreat on Mt. Pisgah. There is a link in the blog post that provides further details.

That made me tear up. How beautiful. ❤️

Is Cedric’s restaurant on the Biltmore grounds named after Cedric the dog?

Dear Mary,
Thank you for your question. Yes, Cedric’s Tavern in Antler Hill Village is named in honor of Cedric, the Vanderbilt family’s beloved St. Bernard. There are photos of him inside the restaurant, and a display box with his (very large!) collar. Just outside Cedric’s Tavern, you’ll find a life-sized bronze sculpture by artist Vadim Bora; it was inspired by an archival photo of Cornelia Vanderbilt playing with a St. Bernard dog.

Loved reading about sweet Cedric! We bought our daughter a stuffed Cedric on our recent visit and she adores him and sleeps with him nightly.