Olmsted is often referred to as the “father of landscape architecture in America,” and is best known for New York’s Central Park, which he co-designed with architect and landscape designer Calvert Vaux. 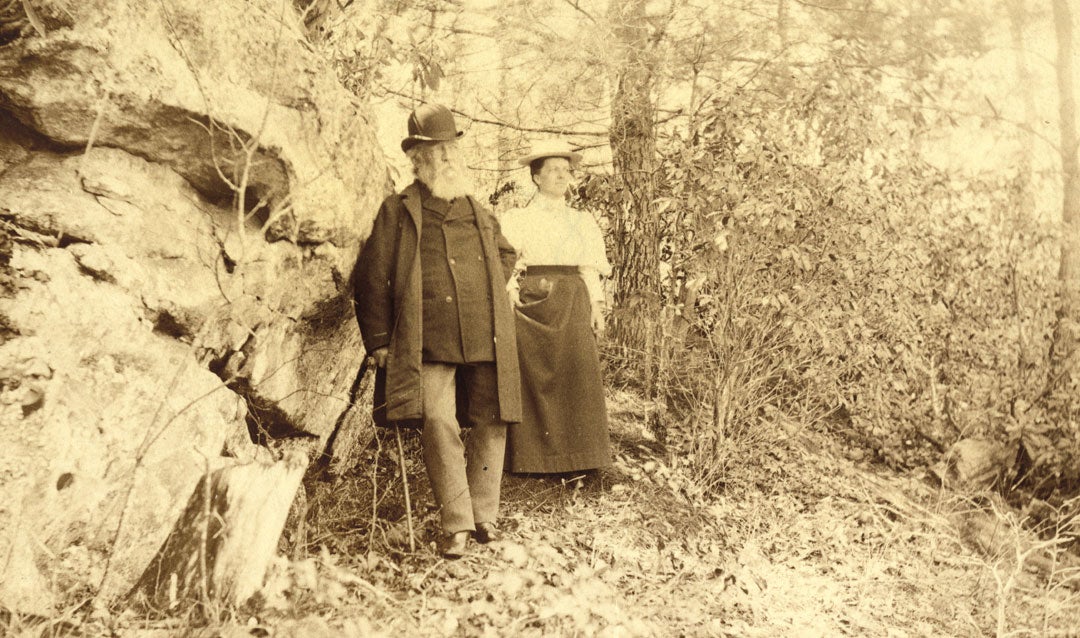 Each April, we honor Olmsted’s work as the designer of the artful landscape surrounding Biltmore House.

Olmsted knew William Henry Vanderbilt, George Vanderbilt’s father, when they both lived on Staten Island, and the designer had already worked on several Vanderbilt family projects when George Vanderbilt approached him in 1888 to advise on the first 2,000 acres of North Carolina property he’d already purchased. 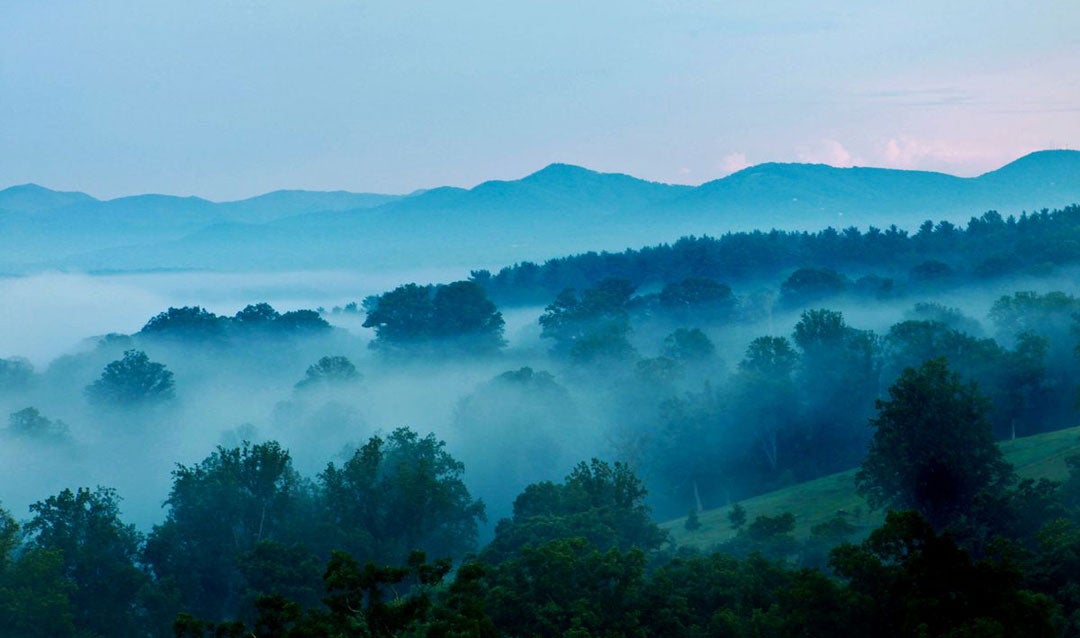 After visiting Vanderbilt’s acreage in Asheville, North Carolina, Olmsted gave his young client a frank assessment of the property:

“The soil seems to be generally poor. The woods are miserable, all the good trees having again and again been culled out and only the runts left. The topography is most unsuitable for anything that can properly be called park scenery. My advice would be to make a small park in which you look from your house, make a small pleasure ground and gardens; farm your river bottoms chiefly and…keep and fatten livestock with a view to manure and…make the rest a forest.”

Plans for both Biltmore House and its surrounding landscape changed in 1889 when Vanderbilt and architect Richard Morris Hunt toured France together and the scale of Vanderbilt’s new estate expanded. 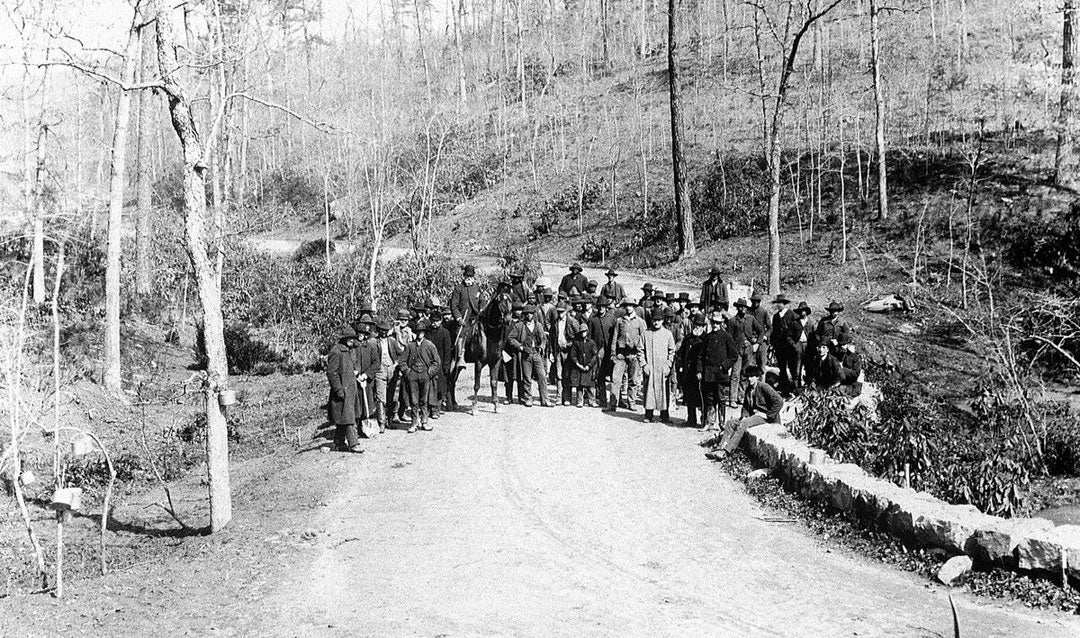 Olmsted wrote that he was nervous, not sure how to “merge stately architectural work with natural or naturalistic landscape work.” But the architect and landscape designer worked together “without a note of discord,” and Olmsted biographer Witold Rybczynki says that the landscape architect achieved something completely original at Biltmore: the first combination of French and English landscape designs.

Transitions between formal and natural gardens were important, as was the use of native plants, small trees and large shrubs, and color and texture year-round. 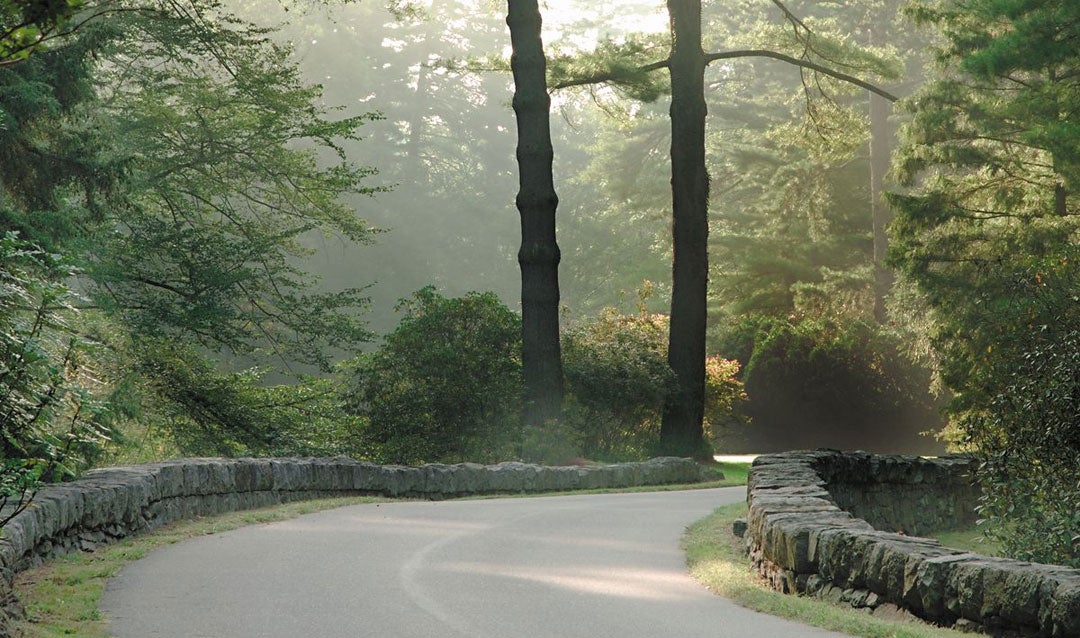 The Approach Road, which Olmsted designed to achieve a “sensation passing through the remote depths of a deep forest,” only to have “the view of the Residence, with its orderly dependencies, to break suddenly, fully upon one.” Photo credit: The Biltmore Company.

Biltmore would prove to be Olmsted’s last design. As he approached the end of his work on the estate, he said “It is a great work of peace we are engaged in and one of these days we will all be proud of our parts in it.”

He said Biltmore was “the most permanently important public work” of his career. More than 125 years later, we continue to benefit from his vision.

Spring is a wonderful season to experience the mature landscape that Olmsted envisioned. Plan a visit now during Biltmore Blooms, our annual celebration of spring.