Each spring, thousands upon thousands of beautiful and brightly colored tulips fill the formal flowerbeds of Biltmore’s Walled Garden. Their vivid hues are a favorite part of the season for many guests.

But preparation for the show actually begins long before warmer weather arrives. According to Parker Andes, director of Horticulture:

Planting for spring in the Walled Garden begins months before you see the results. One reason we get continuous color is because we plant several varieties of up to six bulbs per hole!

In honor of this seasonal celebration, let’s take a look at the history of tulips in Biltmore’s Walled Garden. 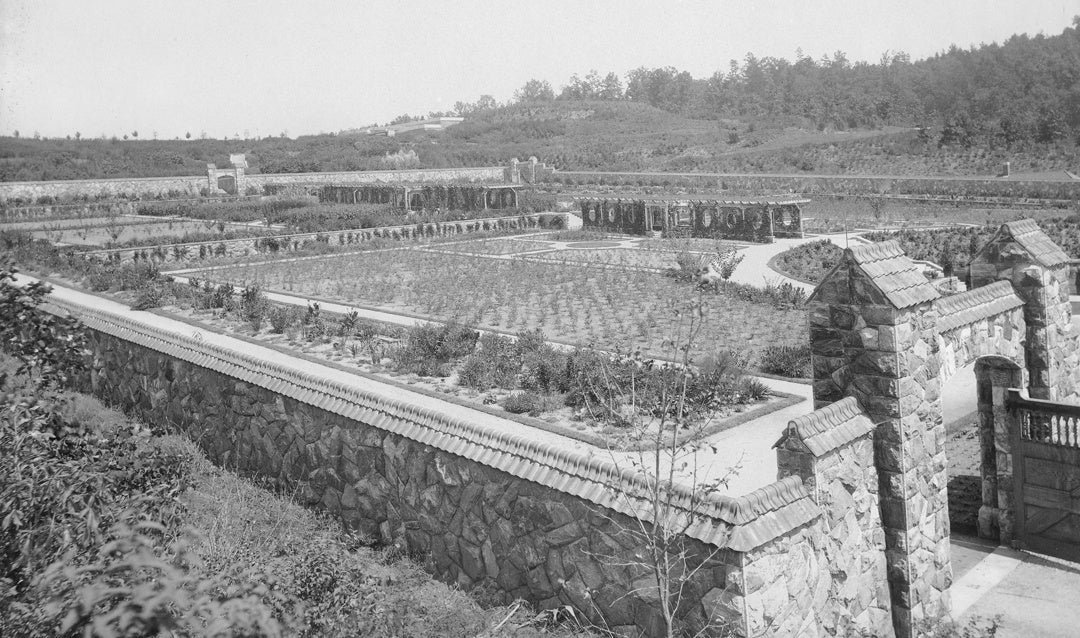 The Vegetable and Flower Garden (now the Walled Garden), cica 1895

The Vegetable and Flower Garden

Landscape architect Frederick Law Olmsted originally envisioned the Walled Garden as a multipurpose space, providing fine fruits and vegetables as well as fresh flowers for Biltmore House. The design was inspired by English kitchen gardens, which were often walled to protect them from wind and wild animals.

George Vanderbilt, however, did not share this vision. Instead, he thought the Walled Garden should be one of “ornament, not utility.” While fruits and vegetables were grown there intermittently, most of them were gradually phased out over time. 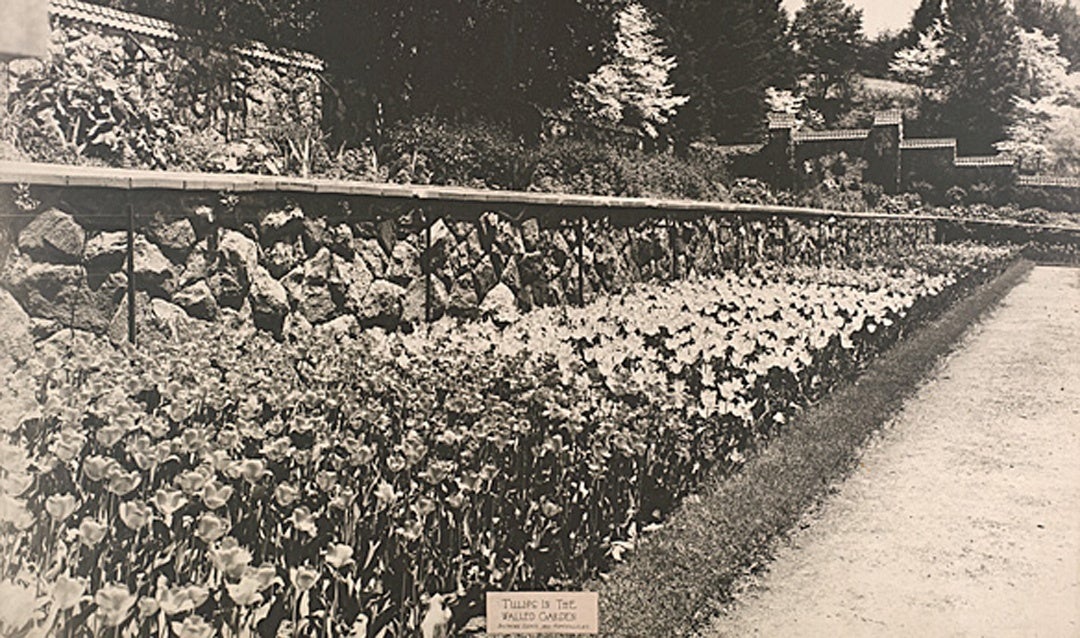 Tulips in the Walled Garden, circa 1930

The Earliest Hint of Tulips

It is difficult to say exactly when tulips made their debut in the Walled Garden. However, one letter in our archives tells us the blooming bulbs have been planted there for almost a century.

The tulips in the walled garden are so glorious that we are trying out an experiment of sending you a box today by express for Easter. We shall hope they will bring you something of their original beauty and charm to make Easter even more wonderful. Spring is very much advanced here, even the yellow rambler roses are opening.

The showy flower was perhaps chosen for the dramatic beds of the Walled Garden as an homage to the Dutch heritage of the Vanderbilts—and the term “Biltmore.” The name selected for the family’s country retreat derives from “Bildt,” the town in Holland where George Vanderbilt’s ancestors originated, and “more,” an Old English word for open, rolling land.

Tulips have served as a status symbol for the Dutch since the height of “Tulipmania” in the mid-1600s when speculation on rare bulbs created an investment bubble and the price of one bulb was equal to ten years of income. 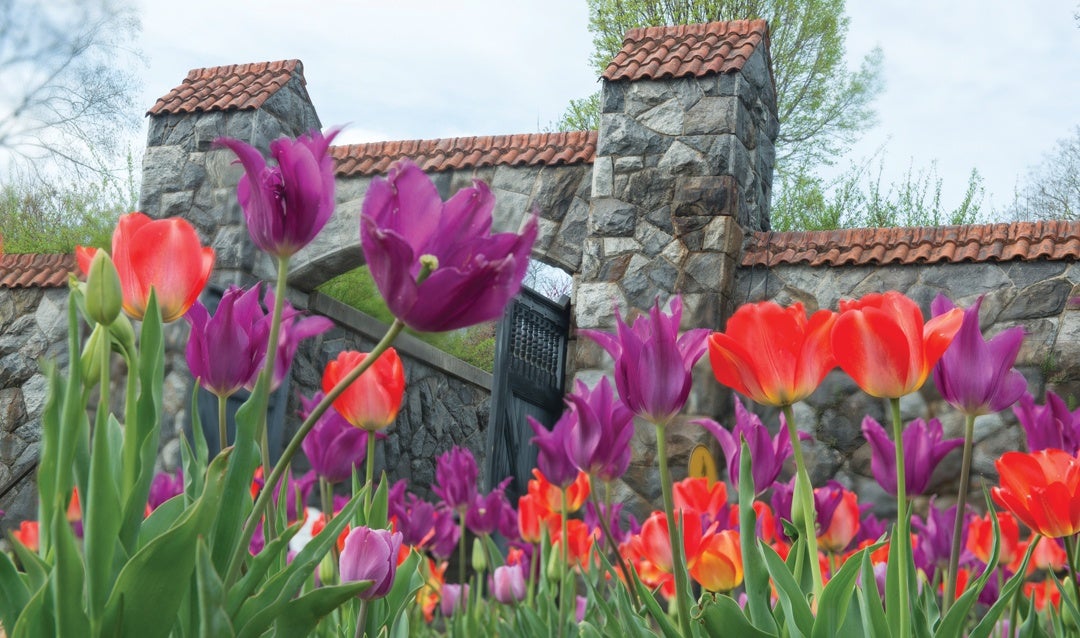 Tulips in the Walled Garden delight guests year after year

Tulips in Biltmore’s Walled Garden have long been a favorite element of the season. Even before Biltmore House opened to the public in 1930, the Vanderbilts allowed some public access to the area a few days a week during spring so that locals and out-of-state visitors alike could enjoy estate gardens in bloom.

This tradition continues today with Biltmore Blooms, our seasonal celebration of the estate’s ever-changing progression of springtime color.

Plan your visit today and join us as we delight in the more than 80,000 tulip bulbs that lend their dramatic color to the Walled Garden.